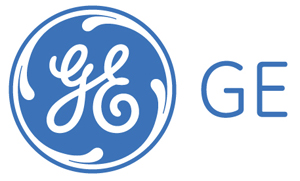 The energy division of GE (NYSE:GE) has helped push the US company to a record order backlog of $229bn.

Standout deals for the group in the third quarter of this year were a $1.9bn contract to supply Algeria‘s Sonelgaz with power generation equipment and services for six new combined-cycle plants ” one of the biggest powe

r pacts in the company’s history.

Announcing its third quarter results today, GE revealed operating earnings of $3.7bn and net earnings of $3.2bn. Revenues were $35.7bn, down 1 per cent from the same period a year ago, driven by lower revenues in GE Capital due to planned asset reductions and a negative foreign exchange impact of $132m.

GE chairman Jeff Immelt was upbeat on the figures: “Our third-quarter results were very strong in an improving global business environment.

“Orders grew 19 per cent with growth around the world. Our Industrial strength was broad based, with six of seven businesses growing earnings. As expected, our power and water business is strengthening in the second half of the year.”

In a company statement, GE used an alliance with China on electricity grids to highlight the breadth of its strategic goals.

The company formed a global partnership with XD Electric Group to offer high voltage transmission and distribution solutions and provide customers in China with localised grid automation equipment and services.

Immelt said: “This quarter we delivered on our major strategic goals for investors. We grew Industrial segment profits 11per cent with good margin expansion.”

He said with the record backlog of $229bn on its books, GE was “winning in the market and is well positioned for 2014”.