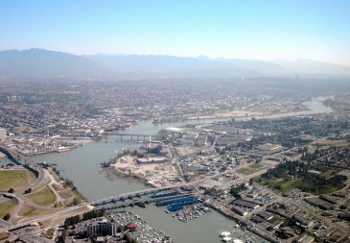 A geothermal power project is set to treble in size after a Canadian city awarded funding to extend the Alexandria District Energy Utility (ADEU) scheme at West Cambie in the city of Richmond, British Columbia.

The system is used to cool and heat condominiums in the neighbourhood and the $12.3 million expansion of the project, as approved by Richmond City Council will see it service 10 developments in total. The largest development will be the section of the SmartCenters commercial retail site where a Walmart has been planned for development.

The ADEU provides condos with geothermal energy at market rates or below. Currently, it services Mayfair Place and Remy, two developments with more than 600 units, and they are expected to service a third, Omega, this summer. To date, the company has already spent $6 million.

Following the expansion, which will be the third phase of the project, ADEU is anticipated to heat and cool 2.3 million square feet of commercial and residential space. This works out to be around 65% of the total service area, a number that is likely to fluctuate as buildings become operational over time.

To be able to meet its expansion goals, a new geo-exchange field, a cooling tower, and a supplementary building to accommodate the equipment will be built in the West Cambie Neighbourhood Park; a project that will commence next year.

The geothermal energy project is expected to save 9,500 tons of greenhouse gasses (GHG) over the course of 12 years, according to a staff report.