Britain’s energy market, once the envy of free-marketeers after Margaret Thatcher ended decades of nationalization in the 1980s, is once again under the spotlight – for all the wrong reasons, writes Peter Hughes

British Prime Minister Theresa May is fond of referring to the UK’s “broken energy market”. While she may use the phrase to justify a cap on consumer energy bills, she could just as easily apply it to the failure of successive governments to encourage the building of new power plants.

As old coal and aged gas and nuclear power plants head towards decommissioning, the UK faces the possibility of a shortfall in its future electricity supply that cannot be plugged by intermittent renewables alone.

The Capacity Market Mechanism is meant to eliminate this risk. The Capacity Market auctions allow power plant owners and developers to bid for fixed payments, either one year or four years ahead. In return they ensure the capacity is available when the grid needs it.

At first glance, results from the latest T-4 auction to secure capacity in four years’ time appear to suggest the UK energy market is in perfect health. The grid secured the 50.4 GW of reserve capacity it was looking for in 2021/22 at the bargain basement price of £8.40 ($11.30) per kW.

Unfortunately, a closer examination of the results reveals that, far from being in good shape, the prognosis for the future appears bleak.

Some 50.4 GW of capacity was secured in February’s T-4 auction; this was dominated by existing generating capacity.

The big winners were owners of existing gas-fired power plants, which accounted for much of the 43.3 GW of existing capacity to secure payments (more if you count the refurbished capacity).

While coal-fired plants have been successful in previous auctions, just two sites secured capacity this time round, leading some to speculate that many UK coal-fired power plants will need to close as they are economically unviable without the support of capacity payments.

Demand side response (DSR) – where large industrial facilities agree to cut their energy demand at the grid’s request – also fared well. There were 46 MW of proven DSR and 1160 MW of unproven DSR to secure capacity payments. And electricity interconnectors with Europe, both new and existing, accounted for 4.6 GW of capacity to secure payments.

But just 767 MW of new generating capacity managed to secure payments – just 1 per cent of the total capacity secured and a new low for these auctions, which have been running since 2014.

This 767 MW of new capacity came from small-scale, low-cost gas engines. Instead of being a solution that addresses the cause of a future energy shortfall – a lack of large-scale, flexible and highly efficient capacity to replace what is being lost over the next few years – the T-4 capacity market auctions now appear to be delivering a ‘sticking plaster’ strategy.

Rather than encouraging investment in technologies such as the latest combined cycle gas turbines (CCGT), the auctions encourage short-term solutions that do little to improve the UK’s long-term security of supply.

The auctions are run on a descending clock basis, in which the payment is incrementally reduced until the government secures the level of capacity it requires, at the lowest price possible. This puts new power plants at an immediate disadvantage. They have to factor in millions of pounds in construction and equipment costs that existing and small-scale operators do not.

To put the latest T-4 auction clearing price of £8.40/kW into perspective, the price in the previous T-4 auction in December 2016 was £22.50/kW – a figure which proved too low to support construction of new CCGTs.

Nearly two thirds of the 23.8 GW of capacity that entered the most recent T-4 auction, but dropped out before it reached the £8.40/kW clearing price, came from potential new power plants.

Over 11 GW of this was from potential new CCGTs, showing that while there is appetite to build these facilities, the Capacity Market Mechanism is currently incapable of supporting them.

At present the UK is relying on an intermittent mixture of renewables, aging technologies (inefficient by modern standards), demand reduction and interconnectors with mainland Europe to replace the capacity that will be lost by the closure of all its domestic coal power plants, and older nuclear and gas facilities.

This leaves the UK vulnerable to energy shortages, especially as new nuclear power plants are unlikely to be ready in time before the last coal plant closes in 2025. To protect the UK against blackouts, the government needs to start prioritizing energy security, especially in light of Brexit.

Electricity interconnectors with other European nations were highly successful in February’s auction. New-build interconnectors accounted for 2.2 GW of this capacity, and the reason they were able to bid so competitively is that they received financial support from both the EU and the UK energy regulator, Ofgem.

Britain leaving the EU places a question mark both over these interconnectors’ financial viability at £8.40/kW, and how secure a source of electricity supply they truly are.

The Centre for Policy Studies has warned that a growing reliance on interconnectors will leave Britain exposed to supply disruptions and price spikes led by developments in the rest of Europe. Others point out that while the UK may be closing its coal plants by 2025, interconnectors enable it to keep using coal power via plants in mainland Europe.

Changes must be made to the Capacity Market Mechanism if it is to meet its brief of keeping the UK’s lights on. A good place for the government to start would be to prioritize energy security and the types of technology that can be successful in the auctions.

The capacity market is funding existing coal, aged CCGT and a fleet of gas and diesel reciprocating engine plants. Nobody can deny a modern, low-carbon, flexible, new-build CCGT is more efficient and better for the environment than these technologies. However, due to European Union rules on state aid which promote technology neutrality, the government has shied away from favouring one type of technology over another.

But if it is serious about building new capacity and meeting environmental targets, the capacity market process needs to find a way of distinguishing between participants, rewarding high levels of availability, efficiency and flexibility with lower emissions.

Such a move is not without precedent. The UK’s Contract for Difference scheme supports renewable energy generation and sets different payment rates based on whether a technology is “established”, like onshore wind and solar, and “less established”, such as offshore wind and tidal energy. This move away from technology neutrality was approved by the EU.

It is not hard to imagine classifications in the next auction applying different clearing rates for “efficient” and “less efficient” technologies.

Prioritizing security of supply and efficient technologies are just two bold solutions that the government might consider if it wants the Capacity Market to be fit for purpose. Whatever the solution, it is likely to be complex: is it a separate capacity auction that includes new-build capacity exclusively? Or is it modifying the existing process to be more selective on technology?

It is difficult to predict what the UK government will do next to adjust the process. But UK energy supply will remain in a vulnerable condition without further intervention.

It appears an urgent second opinion is required – as the treatment, so far, has produced some unwelcomed side effects without offering a long-term cure.

Access to home charging driving UK motorists away from EVs 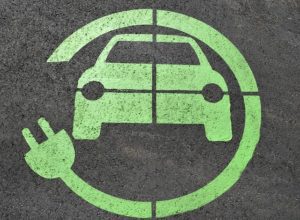 Access to home charging driving UK motorists away from EVs