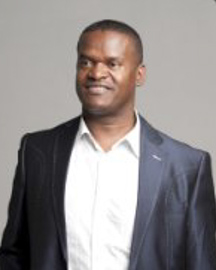 Officials in Namibia are bullish about the prospects of a vital gas to power project reaching completion stage.

Immanuel Mulunga, managing director of the National Petroleum Corporation of Namibia (Namcor) told Reuters that a final investment decision on the Kudu gas-to-power project is expected by June of 2016 after a number of developments added to progress.

The project, vital to the country’s energy security, where costs have doubled to around $2.3bn, will entail gas from the offshore Kudu field being transferred to a floating production system, before being piped to a planned 885 MW gas-fired power plant along the coast.
“We are on track. The project is at a stage where it’s never been before and we should be able to make a final investment decision or financial close by June next year,” said Mulunga, adding, “All the pieces of the puzzle are coming together.”

Mulunga said a preferred technical operator, which will also take the 31 percent equity vacated by Tullow Oil, was selected and negotiations were ongoing. He did not name the preferred operator. Mulunga said a gas sales agreement between the upstream partners and Kudu Power had been drafted and agreed to the “fullest extent possible”, while talks with preferred contractors for the subsea pipelines and floating production system were expected to be concluded early in 2016.

“The gas price is affordable for Namibia and for the international market and we are quite confident the project will happen,” he said on the sidelines of an African oil and gas conference in Cape Town.

Once the power plant is built, it is expected to provide Namibia with 400 MW of power, and between 100-300 MW of surplus power will be purchased by South Africa’s state owned utility Eskom, which is struggling to provide sufficient electricity in Africa’s most advanced economy.

Zambia’s Copperbelt Energy Corporation has also agreed to buy up to 300 MW of electricity to supply its key mining sector.