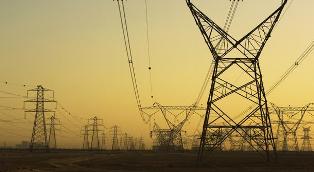 Namibia could become one of the richest countries in Africa in terms of GDP per capita within the next decade and revolutionise its energy industry if its oil and gas potential is unlocked.

And as its electricity sector expands, it will be fossil fuel generation rather than renewables that is likely to find favour with investors, according to a report published today.

Currently Namibia imports more than half of its electricity, however – in common with many of its neighbours – it is looking to become more self-sufficient.

The country wants to build more gas-fired combined cycle power plants yet at the moment does not have the domestic resources to do this.

However the report by analysts at Frost & Sullivan states that this situation could soon change.

The discovery of the Kudu gas field and anticipated oil resources could help the country achieve greater energy self- sufficiency and reduce its dependence on imports.

“A breakthrough in the oil and gas sector in Namibia, which is relatively underexplored, holds enormous potential for the country,” said Frost & Sullivan’s energy analyst Muneera Salie. “If these resources are proven to exist, it could result in the country becoming one of the richest in Africa in terms of GDP per capita within the next five to ten years.”

The report states that rapid growth of the oil and gas sector is expected over the next five years, with the exploration of up to eight new wells due to start within two years.

At the same time, development and production from the Kudu gas field will be driven through the expansion of the country’s export market, as well as the planned production of gas-fired plants in the region.

Economic growth will also be boosted by the expansion of Namibia’s mines, which in turn will create a greater demand for electricity generation.

Frost & Sullivan concludes that while these are positive signs for Namibia, major challenges persist. Namibia is in urgent need of a new base load power generation facility by 2016. However, delays are usually common when securing finance for large projects such as this.

“A base load facility is expected to be commissioned within the next five years,” said Salie. “Tried and tested technologies in the form of power generation from fossil fuels are likely to be used as these projects can be fast tracked and would obtain finance more easily than renewable energy projects, even though these are favoured.”