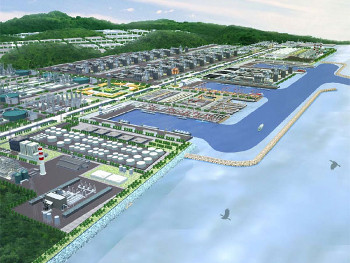 A $1.7bn project to develop a gas-fired power plant and LNG import terminal has been agreed between Myanmar’s government and Thai construction firm Italian-Thai Development PCL.

The $500m, 450 MW plant and the $500m LNG terminal will be located in the Dawei industrial zone in Myanmar’s southern Taninthayi region.

Financing for the project will be provided by the World Bank and the International Finance Corporation. The terminal will have an annual capacity of six million tonnes and its main customers will be Thai energy company PTT and Royal Dutch Shell, which will each import three million tonnes per year.

Italian-Thai and its consortium partners, including industrial park developer-operator Rojana Industrial Park PCL and LNG Plus International Company, have now signed concession agreements with the management of the Dawei Special Economic Zone to develop the initial phase of the project, the company said.

The first phase is planned to include a 27 km2 industrial estate, and will begin with the construction of a 138 km road from Dawei to Thailand’s Kanchanaburi province, 119 km northwest of Bangkok.