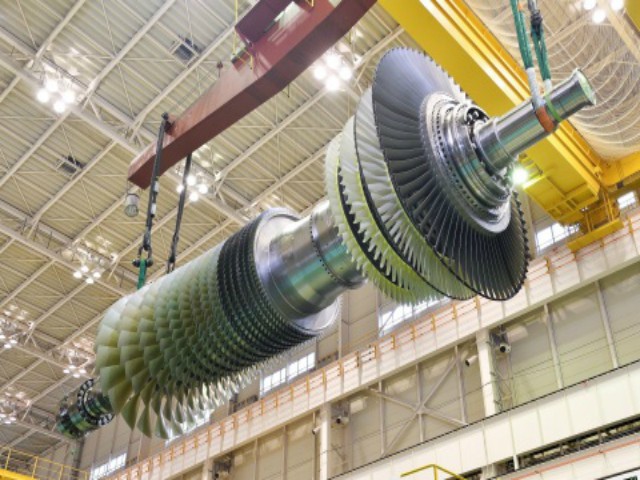 Mitsubishi Hitachi Power Systems’ (MHPS) J-Series gas turbine is the company’s largest and most advanced and the installed fleet has officially reached one million hours of commercial operation.

This gas turbine series provides reliable, efficient power generation and flexibility to meet rigid new standards for reduced carbon emissions. Introduced in 2011, the J-Series delivers overall reliability of 99.5 per cent and an efficiency greater than 64 per cent.

Ken Kawai, President and CEO of MHPS said, “As we reflect on the important milestone of achieving one million operating hours with our J-Series gas turbine, we know the most important part of that accomplishment is that we ran all those hours with 99.5 per cent reliability. It all started with T-Point, our own combined cycle power plant in Takasago, Japan. Our extreme reliability is not by good luck. It is because we test the durability and reliability of every new technological advancement for 8,000 hours before shipping it to our customers. We have now built a second T-Point, T-Point 2, where our latest advancement, the cutting-edge air-cooled 60 Hz JAC, has just synced to the grid and achieved full load. Step-by-step, we have developed the largest, most reliable and most fuel-efficient gas turbine in the world.”

Recent innovations to the J-Series target further reductions in carbon emissions. Last month the company received an order from the Intermountain Power Agency, in Delta, Utah, for two JAC gas turbines capable of using up to 30 per cent renewable hydrogen fuel.

Eventually, these turbines will be capable of using 100 per cent renewable hydrogen fuel. The 30 per cent hydrogen system will reduce carbon emissions by more than 75 per cent compared to the same size coal-fired power plant, and the 100 per cent hydrogen system will eliminate carbon emissions entirely. MHPS is also developing grid-scale renewable hydrogen production and storage through the Advanced Clean Energy Storage (ACES) project in Delta, Utah.

Paul Browning, President and CEO of MHPS Americas and newly appointed Chief Regional Officer for Europe, Africa and the Middle East, said, “Going forward, every gas turbine MHPS sells globally will have renewable hydrogen fuel capability. This allows our customers to purchase a natural gas power plant today, and convert it over time into a renewable energy storage facility. This gives plant operators flexibility now and into the future to choose what mix of natural gas power generation and renewable energy storage best meets the needs of their electrical grids. We are providing the power generation and storage solutions that enable our customers to combat climate change and advance human prosperity. This is a Change in Power.”