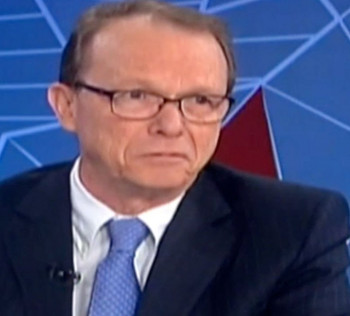 Mexico means business when it comes to reforms in the energy sector. The Latin American nation is said to be “very very serious” about a shake-up in the industry and foreign companies are having more influence in the process. This is according to the senior executive overseeing Canadian Atco Group’s new division in the country.

James Delano has said that, despite challenges with involving private firms in the country’s former government monopoly controlled power and energy sectors, he is “very optimistic” it will happen.

He added: “I see a positive environment here.”

Delano, who was appointed vice-president and general manager of the company’s Mexican division in June 2014, has also said he believes Mexican authorities made the right decision in allowing firms like his to access the industrial and commercial electricity markets.

He was quoted by the Daily Oil Bulletin as saying: “[Mexico is] letting people like us come in and raise the bar. They are shifting to natural gas-fired power, where there are opportunities for Atco.”

The executive also highlighted state-owned Petràƒ³leos Mexicanos’ diminishing role in the country’s energy sector, in which it has controlled production, distribution, refining, petroleum product marketing and the petrochemical sector.

“I think the government is serious about energy reform,” said Delano, who was born in Mexico but is married to a Canadian.

Delano has held various senior executive positions with Atco Structures & Logistics and Atco Sustainable Communities. His comments follow a patchy performance in the sector after Mexico’s recent radical shake-up of its energy sector.

The reform entered its first stage of implementation last year. Exploration blocks and oil and gas extractions are to be put out to tender, with both public and private companies taking part in the bid. Overall, 169 blocks will be offered, with 109 of those blocks comprised of exploration projects while the rest are extraction plans.

The federal government wants to hold two additional rounds, one per year. Investments of about $50bn are expected to come to Mexico within the 2015-2018 period.

However, Round One, as the first phase of the process of selling off rights to develop offshore and onshore oil and gas fields is called, has been branded a “disappointment”. Only two bids for the 14 blocks that were made available proved successful, according to media reports.

As a result, the National Hydrocarbon Commission (CNH) has changed the terms of bidding for a new phase that will involve five shallow Gulf of Mexico blocks. This new stage of the process will also open up bidding for 25 onshore fields, to be offered on 15 December, to companies with as little as $5m in assets.

In Delano’s view the CNH learned from the mistakes it made in the first phase à¢€” mainly its desire for too much of a government share of à‚ revenues, and a lack of sufficient transparency à¢€” and aggressive bidding is expected in this new phase in the lead-up to the end of 2015.

According to Delano,à‚  who is overseeing his company’s investment in power generation, natural gas pipelines and work camps, the country’s power industry regulator, CRE, will succeed in bringing about real competition.

“I think the government is serious about reform,” he said. “It’s Mexico’s way to a prosperous future. But these [CRE and CNH] are new agencies and people [officials with both entities] are learning.”

As a result of its energy sector reforms, Mexico has also seen a shift from heavy reliance on bunker fuel for power generation to natural gas. In Delano’s opinion, this change will lead to lower electricity rates for a longer period.

The benefits are also palpable. As a result of the shift to natural gas, CFE said carbon dioxide emissions have dropped by 68 million tonnes, or a decline of 27 per cent from 2012.

Mexican authorities have also recently tendered for the construction of 11 gas pipelines, with Canadian companies, including TransCanada Corporation and Atco, winning contracts worth about $1.6bn.

Atco has already outlined its plans to generate about 35 per cent of its electricity from renewable sources by 2035. The recent reforms, plus a determination to make an impact in Mexico’s power generation sector, are two key factors that will help the firm in its future dealings in the Latin American country.