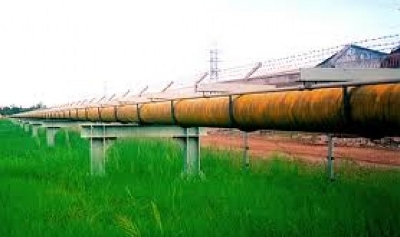 Two gas-fired power plants, that supply around one tenth of Vietnam’s electricity, were forced to shut over the weekend after a gas leak was discovered.

Reuters reports that the problem was identified as a leaking valve on the Petrovietnam-owned gas pipeline.

The $300m PM3-Ca Mau pipeline, built by Russia-Vietnam oil venture Vietsovpetro, has been in operation since 2008, supplying gas to the two power plants from the PM3 oil and gas field in the waters between Vietnam and Malaysia.
The power plants in Ca Mau province have a combined power capacity of 1,500 MW and state utility, Vietnam Electricity were forced to act quickly to make up for any shortfall, switching to power from the fuel oil-fired O Mon power plant in Can Tho city to ensure stable power supply to southern Vietnam, according to a statement.

The Ca Mau Gas Company, a subsidiary of Petrovietnam Gas Corp supplying gas to the plants, expected to fix the valve problem and resume gas supplies later this week, the state utility said.