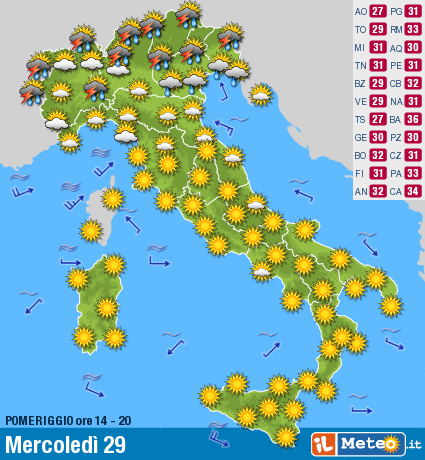 Italy’s warmest weather in 12 years has provided an unexpected and timely boost for the country’s beleaguered gas-fired power operators.

There has been a declining demand for gas and power since 2008 but that trend has been reversed this summer, with greater use of air conditioners and fans providing strong profit performance from gas-fired power plants owned by companies from Edison to Enel.
The hot temperatures are expected to continue for at least 15, which represents good news for Italy’s utilities who have had to contend with an ongoing slide in the demand for power and gas since 2008 because of the economic slowdown and an increase in energy efficiency.

Revenue per megawatt of power production for a combined-cycle gas-turbine plant fell 56 per cent from 2008 to 2014, according to consultancy Ref-e.

The heat wave is also responsible for lower wind and hydro generation, also key factors in the positive trend for gas. About 3 terawatt-hours of electricity was produced from CCGT plants in the first two weeks of July, 1 terawatt-hour more than a year earlier, Ref-e estimates, that equates to about a quarter of Italy’s electricity production capacity.