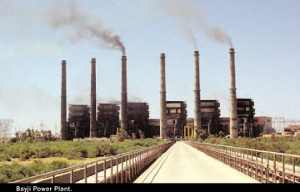 Iraq‘s largest oil refinery and its associated thermal power plant are reportedly under government control after an attempt to capture them by the militant group the Islamic State in Iraq and the Levant (ISIS).

The 600 MW gas-fired Baiji facility, located around 16 km north of Baiji city centre and 200 km north of Baghdad, was reportedly in danger after ISIS moved into the town earlier this week and “convinced” the plant’s guards to leave in return for safe passage. According to reports on Wednesday, the insurgents had halted production at the refinery.

“Baiji refinery is totally secured by the special forces and operating normally now,” an official at the refinery was quoted as saying. Special forces have reportedly also secured the power station and other energy installations in the area. à‚

The Baiji power plant supplies power to Baghdad, among other cities, while the refinery can produce up to 300,000 barrels of oil a day and is a major supplier to the region.

Turkish media reports said ISIS had also taken control of, and “damaged,” other Iraqi thermal plants, including one in Gyarah near the city of Mosul, which ISIS took on Tuesday in its advance across the north of the country. Daily paper Yeni Safak said on Wednesday that the Gyarah plant had been raided by ISIS and 28 Turkish lorry drivers transporting fuel to the plant were taken hostage by the group.à‚