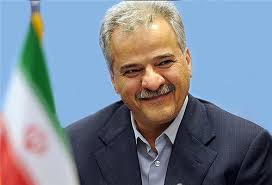 Iran announced this week that it has signed an agreement to build a gas-fired power plant in Turkey.

The location and capacity of the plant have not yet been decided, according to Alireza Kameli (pictured), managing director of the National Iranian Gas Export Company (NIGEC).

Kameli reportedly said the plant is to be jointly financed by NIGEC and the National Iranian Oil Company (NIOC) on behalf of the Ministry of Petroleum.

“One way to diversify Iran’s gas exports is to turn it into electricity,” Kameli was quoted as saying. “That is why Iran’s Ministry of Petroleum has decided to proceed with this project.

“Following talks with Turkish companies, it has been agreed for Iran to supply the required gas,” he added.

He said Tehran-based contracting firm Arian Mahtaab Gostar is to decide on the plant’s location, after which the National Iranian Gas Company (NIGC) will build a pipeline to it from Iran.

Iran and Turkey have recently announced plans for ongoing energy sector co-operation, with 20 GW of thermal and renewable power plants planned. Also in the works are 10 GW in hydropower plants and a 400 kV transmission line between the countries, deputy energy minister Mohammand Behzad has said.