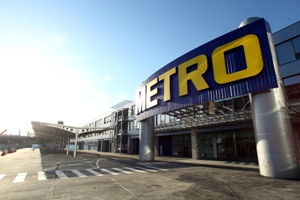 METRO Cash & Carry, in partnership with Germany utility E.ON, is installing advanced gas-fired micro-CHP units at two of its wholesale stores in Germany and two in Russia.

The units will heat the stores and meet a portion of their electricity needs. Depending on the size of the store, the units’ electric capacity will range from 250 kW to 800 kW.

Subsequently, the installation of CHP units at four other METRO stores in Germany and at new stores opening in Russia are planned, with the future option to supplement the on-site CHP units with solar power.

E.ON will plan, finance, install and maintain the CHP units, and METRO will operate them.

The units are expected to lower the stores’ energy costs and reduce carbon emissions by up to 20%.

This is not METRO’s first foray into the realm of decentralized energy.

It has deployed distributed energy solutions at several of its sits, including it hypermarket at Schwelm in west central Germany, where an on-site micro gas turbine has been providing the facility with power and heat since 2011.