India to divert gas to deal with Delhi power crisis 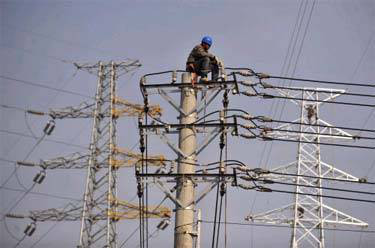 India’s government has approved a natural gas diversion proposed by state-owned gas utility GAIL India Ltd in order to deal with power cuts in Delhi, where record high temperatures have created electricity demand in excess of available supplies and some areas have experienced six- to eight-hour blackouts.

Power minister Piyush Goyal has promised that enough gas to generate 400 MW would be made available to the beleaguered city. The gas will be used by the new Bawana power project, which came online in April and is the largest gas-fired power plant in northern India. The plant has a capacity of 1500 MW but has only generated up to 350 MW due to lack of gas.

In addition, enough gas to generate a further 218 MW will be diverted from the Dabhol power plant in Maharashtra to Delhi’s power stations, the government said. The Dabhol plant is now closed, and the Hindu Business Line newspaper quoted an unnamed oil ministry official as saying the plant had not been producing, again due to lack of gas.

“There is no shortage of power; only transmission and distribution is a problem,” Goyal was quoted as saying.à‚