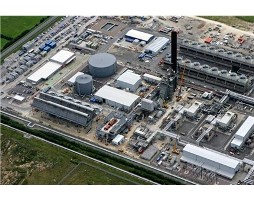 Immingham, one of Europe’s largest cogeneration plants, has been bought by The Vitol Group, known as one of the world’s largest independent energy trader.

The acquisition of Immingham CHP in the UK is part of a transaction in which Vitol has bought the entire issued share capital of Phillips 66 Power Operations.

The 1220 MW Immingham plant began commercial operation in 2004 and is fuelled by natural gas with liquid fuel as backup.

It provides steam and electricity to Phillips 66’s Humber refinery and also supplies steam to the neighbouring Lindsey refinery.

Vitol president Ian Taylor said: “Immingham CHP is a high-quality power plant with a highly skilled and experienced workforce and we are delighted to add it to our portfolio.”

Vitol is headquartered in the Dutch port city of Rotterdam, and also has significant involvement in world commodity markets.