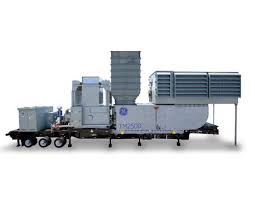 Ghanaian media reported this week that the gas-fired plant, composed of ten 25-MW GE TM2500 units (pictured), is to be installed at Aboadze in the west of the country, where the 550 MW oil-fired Takoradi plant is already in operation. à‚

The new plant is expected to come online in December. Civil works at Aboadze are reportedly nearing completion, with the site now ready for installation of the switchyard and substation.

The plant will be leased from AMERI on a build-operate-transfer model for around $120m per year, according to figures from the African Centre for Energy Policy (ACEP).

Ghana is targeting a rise in installed power capacity of 5 GW by 2016. According to its energy ministry, the country is also set to receive two 225 MW floating power plants, called ‘powerships’, from Turkey’s Karadeniz Energy Group next month.