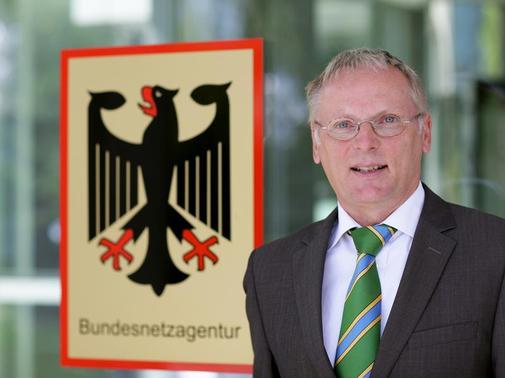 The president of Germany’s Federal Network Agency says a scheme aimed at compensating for nuclear power plant closures is likely to be extended beyond 2017.

Jochen Homann also told a conference in Essen that the German energy transition or Energiewende would fail if significant progress is not made in energy network expansion.

The FT reports that the main reason for the regulators comments is that construction of power transport networks has fallen well behind intended schedules.
Known as the winter reserve because that is the time of year when demand is highest, the scheme became necessary after Germany shut 40 percent of its nuclear power station capacity in 2011 after the Fukushima nuclear disaster.

“I think we will need the instrument longer (than 2017),” said Mr Homann.”That is based on the admission that we aren’t keeping up with the necessary grid expansion,” he added.

Homann’s agency has to ensure electricity grid operators (TSOs) provide enough capacity so transmission lines are always balanced to guarantee supply, especially as the share of volatile renewable power has grown to a quarter of all output.

This winter, the regulator has contracted 2500 MW of standby power, and the TSOs have secured reserves from German, Austrian and Italian utilities.

However, the amount of standby power may have to rise because utilities such as RWE and E.ON which have had to shut nuclear plants are now also closing coal- and gas-fired ones due to the huge expansion of renewable power.

Berlin had calculated that sufficient power transmission lines would be constructed by 2017 to transport especially wind power from the north to the industrial south, which in the past relied to a large extent on nuclear.

The regulator received applications for two direct current “power highways” just before Christmas. But consultations with the public about where they will run as well as constructing and commissioning them will take years.

Homann told the audience that time was running out. “I am convinced that we won’t succeed with the energy transition if we don’t make enough progress with the network expansion.”