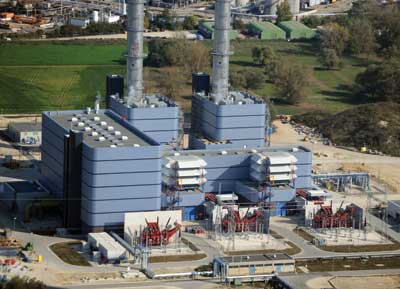 The president of Germany’s energy regulation authority says his office has received applications to close up to 7 GW of power plant capacity.

Jochen Hoffmann told Frankfurter Allgemeine Zeitung that 2 GW of that total may be required to be kept open as an energy security measure.

“Currently, we are looking at applications to shut down 28 power plant units with a capacity of about 7,000 MW, about 2,000 MW of which in southern Germany,” he said. “If these power units are deemed systemically relevant by the transmission system operators (TSO), the Bundesnetzagentur can and will, where necessary, decide to keep these units connected to the grid. In that case, the operators will receive compensation payments.”

The scale of shut plant would be similar to the capacity of about seven nuclear plants, as utilities continue to from low wholesale power prices and competition for grid access from renewable energy sources.

Homann said seven of the applications received were potentially system-relevant in southern Germany so those particular plants would be offered similar terms as provided to E.ON in April.

E.ON reached a deal with Bundesnetzagentur to keep open its modern but unprofitable Irsching gas-fired power plant in Bavaria, agreeing to provide reserve power to stabilise the grid in return for a double-digit million euro amount per block per year.

Homann said some 500 MW of reserve capacity was still needed for the coming winter but that there were enough offers to fill the gap.

In September, Homann said about 2,000 MW of reserve capacity had been contracted. The regulator took 2,500 MW in capacity reserve under contract last winter to ensure steady power supply, a task made more difficult after Germany in the summer of 2011 shut 40 percent of its nuclear plants.