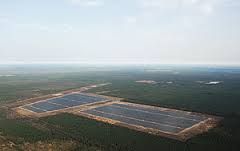 A new report on power generation in Germany has found output from renewables overtaking that of the nation’s conventional power plants.

The report, issued this week by energy industry trade body BDEW, found that total electricity generation from conventional power plants fell significantly in the first quarter of 2014 compared to the equivalent period in 2013.

Together, Germany’s power plants generated 164 TWh in Q1 2014, or 5.4 per cent less electricity than last year, BDEW said, with output from all conventional power plants down.

According to the data, gas-fired power plants were the biggest losers, generating 18.5 TWh or a decrease of 19.7 per cent on last year, while coal-fired power plants generated 30 TWh, a drop of 17.4 per cent. Lignite-fired plants produced 41 TWh or a decline of 4.8 per cent, and nuclear power generation was down 4.6 per cent to 26 TWh.

In contrast, renewables generated 40.2 TWh, up from 35.7 TWh in 2013. Renewable power covered around 27 per cent of the nation’s total electricity demand in Q1, up from 23 per cent the previous year.

BDEW cautioned that it is too early to draw conclusions about the rest of 2014 from its Q1 data, as weather conditions and demand are unpredictable. Analysts have attributed a 1 per cent drop in Germany’s total power output to a mild winter.