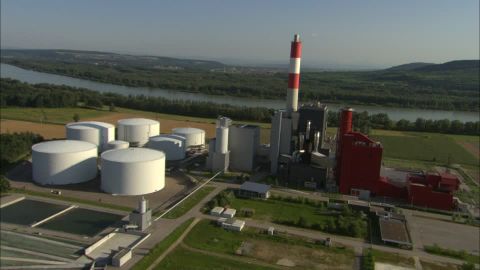 Austrian energy utility EVN has expressed positive forecasts about the prospects of its gas-fired power plants after requests for balancing helped increase its thermal generation and revenues year on year.

Transmission system operators (TSOs) have called upon the utility’s fleet in order to cope with the variability of the growing proportion of renewables in the Germany- Austria region.

“This year for the first time we really had several requests for balancing energy,” said a spokesman for EVN.

ICIS reports that a couple of years ago, the company’s 775MW Theiss and 455MW Korneuburg gas-fired plants in Austria were successful at Germany’s winter reserve tender. The plants were contracted by the TSO TenneT to provide electricity to keep the German power grid stable in winter.

Now the two plants have secured their place in the reserve for the next three winters.

EVN is frequently called upon by TenneT and also to come to the aid of the Austrian power grid if requested by the country’s TSO APG. The remuneration received for providing balancing electricity enables EVN to make a small operating profit from keeping the plants on line.

With Germany’s nuclear power phase-out progressing, wholesale power prices might increase to an extent that the plants can return to full operation, the spokesman said.