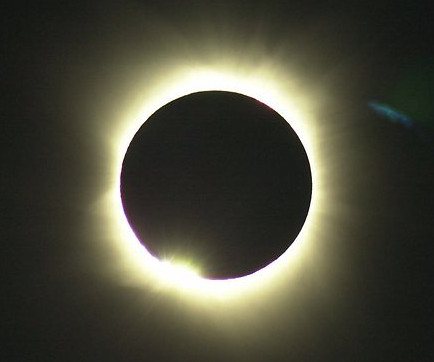 Despite dire warnings in yesterday’s newspapers, Europe’s power networks did not fail during this morning’s total solar eclipse.

Due to the large amount of solar photovoltaic (PV) power that has come online across Europe since the last solar eclipse in 1999, many were worried that grids could experience crippling fluctuations as up to 39 GW of solar power went offline and then returned, while the European Network Transmission System Operators for Electricity (ENTSO-E) referred to the upcoming eclipse as a “stress test” for its grid infrastructure.

This afternoon ENTSO-E reported that the grid had passed the test, thanks to “meticulous preparation and strong regional and European co-operation”. Among other preparations, TSOs had doubled their control room staff and established continuous communications with other controllers in order to more effectively co-ordinate the response.

It was a sunny day in southern Germany and northern Italy, the regions with Europe’s highest concentration of grid-connected solar PV, and in Germany solar power generation was even higher than normal due to the unseasonably sunny weather. But ENTSO-E reported that Germany’s TSOs “very smoothly” managed the “high and fast variations of 39 GW of installed solar generation whilst relying on power reserves at [the] national and regional level”. Italy took a different approach, with TSOs, distribution system operators and power generators collaborating to take around 5 GW of PV power offline between 07:00 and 14:00 CET, reducing solar generation from 18 to 13 GW.

The most critical moment, ENTSO-E said, was between 10:45 and 11:15, when the sun reappeared and solar power generation began to climb back to its normal levels. (You can see the effect in Germany on this real-time graph from Disovergy’s Solar Monitor.) Germany’s PV power fell from 13 GW to 6 GW at the start of the eclipse, then climbed to almost 21 GW inside an hour.

Grid operator TenneT tweeted that PV power had come back online “very quickly : + gradient to 4.5 GW / 15 min. 3-fold higher than usual”.  But despite the fluctuations, “everything went well. Preparation paid off,” said the operator’s final tweet.

In the UK, National Grid tweeted that it had gas-fired power plants and pumped storage standing by in case of a power surge, but cloudy weather limited the eclipse’s effect.