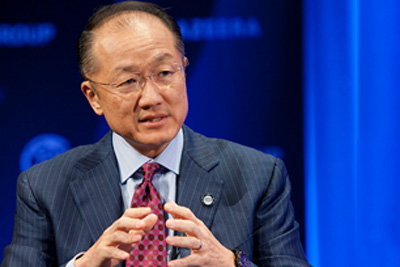 As a way to both address climate change and help poor people in developing countries, the head of the World Bank has called for a global carbon tax and the end of fossil fuel subsidies.

In an interview this week with the UK‘s Guardian newspaper, World Bank president Jim Yong Kim said he believes that “We need to get rid of fossil fuel subsidies now”. Given the recent drop in energy prices, he said the time is right to reduce the $1tn the world spends on fossil fuel support each year. From a climate change perspective, these payments “send out a terrible signal: burn more carbon,” he added, echoing comments made earlier this year by the International Energy Agency’s Fatih Birol. à‚

Anticipating December’s Paris climate talks, Kim said he would like to see the international community undertake a binding commitment to work toward a zero-carbon goal by the turn of the next century. In the interim, he proposed a $100bn climate change mitigation financing package for poorer countries by 2020, and said the private sector should be encouraged to innovate on emissions reduction through the establishment of a carbon tax.

He said: “New technology is going to be spurred on by putting a price on carbon. It will be an extremely important incentive for innovation.” The clean technology focus this could trigger, he added, could help mitigate poverty in developing countries as well as reducing emissions.

“You can have growth that will protect the planet and decouple carbon emissions from growth. We can get it now, but it would be much easier if we put a price on carbon,” he said.

And, he added, support for a carbon tax is growing. “When I meet business leaders from the very carbon-intensive industries,” he said, “their openness to a carbon price is striking. They say, ‘let’s do it’.”