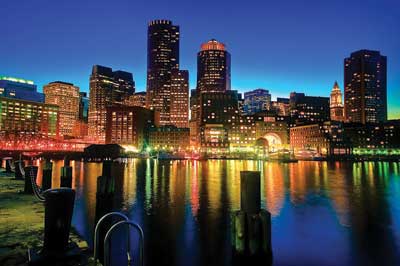 Veolia has put in place a key piece of what is one of the largest district heating systems in the United States, at a cost of $112m.

The key element is a steel pipe, more than 1 mile long, that runs through Cambridge into Boston, carrying steam produced by Kendall Station, a natural-gas-fired power plant in Kendall Square. It is part of a 30-mile network of pipe running beneath Cambridge and Boston serving 240 customers, including 14 of Boston’s high-rises, several well-known Cambridge biotechnology companies, and many of the area’s major hospitals.

A natural-gas-fired power plant gets optimally about 60 per cent of the energy from the fuel it burns. Reusing the steam produced in that process means as much as 80 per cent of the fuel’s energy can be captured.

Veolia’s system generates enough electricity to supply the equivalent of roughly 170,000 homes and enough steam to heat 40 million square feet — roughly the space that 223 Walmart Supercenters would occupy. The company estimates that recycling steam through its network will cut carbon dioxide emissions by 475,000 tons, the equivalent of taking 80,000 cars off the road.

Robert Thornton, president of the International District Energy Association, said he sees Veolia’s project as part of a larger renaissance for the industry, which operates more than 700 district energy systems in the United States.