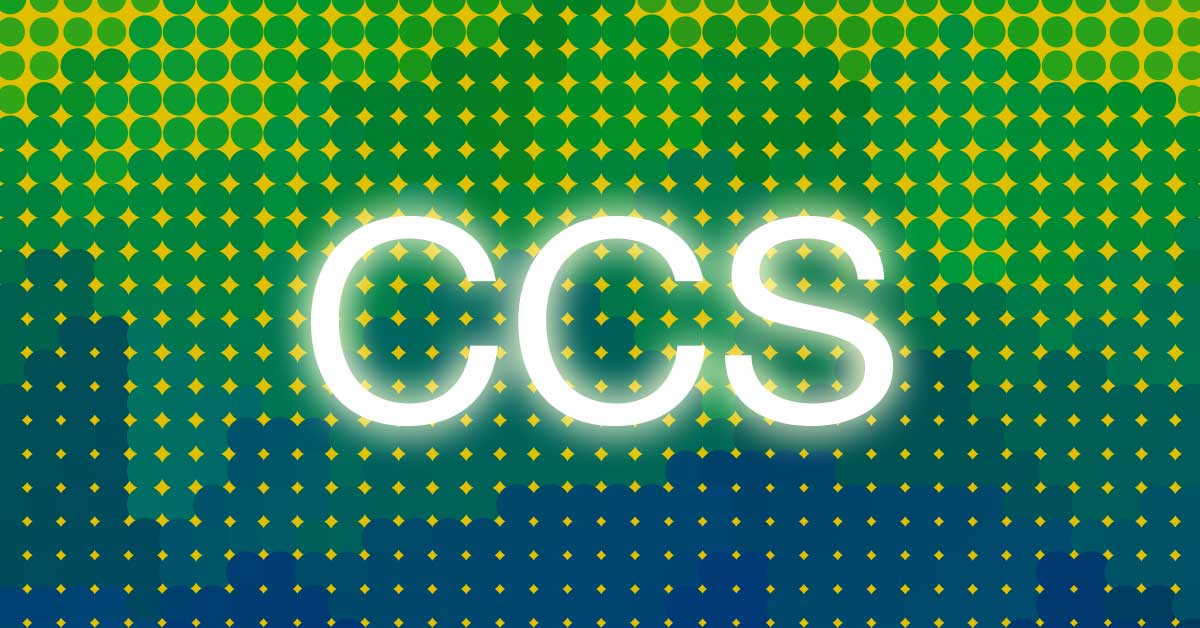 It’s accepted that decarbonisation of power generation – responsible for a third of all total greenhouse gas emissions – is going to be essential for limiting the impacts of climate change.

There have been indications that international efforts to reduce emissions, the introduction of more renewable energy solutions, and the decommissioning of coal-fired power stations was making a difference.

Between 2014 and 2016, the curve of carbon emissions was flattening out. In 2017 figures started rising again to 1.6 per cent, with projections of 2 per cent increases in 2018. The UN believes this has been caused by an ongoing use of fossil fuels particularly in the developing world.

In this context, the use of carbon capture and storage (CCS) looks essential. There are a number of CCS methods that have been put into practice. ‘Amine scrubbing’ ” a well-established process to separate CO2 from flue gas ” has now been developed and validated at the commercial-scale for the treatment of flue gas from coal-fired power stations.

There have been three significant projects which have demonstrated progress: the 100 MWe SaskPower Project at Saskatchewan and the 240 MWe Petra Nova facility in Houston, Texas, both of which are able to capture 90 per cent of the CO2 produced.

There’s also the large-scale (pre-combustion capture) demonstration project is the Japanese Tomakomai CCS demonstration project which sequesters 100,000 tonnes of CO2 per year. Calcium looping is less toxic than amine scrubbing, and the by-products of the process have the potential to be used as part of cement production, but the process requires high initial set-up investment and a constant flow of limestone is needed to maintain levels of effectiveness).

Chemical looping combustion is the most energy efficient option, able to capture almost 100 per cent of carbon via the process; but it is also currently the most expensive operation because plant needs to be made from materials able to withstand constant abrasion from metal particles.

Then there’s oxy-fuel combustion, where a more concentrated CO2 is produced for easier storage, but again with high initial costs and questions over pollutants in the exhaust gas. Each technology currently has its associated problems in terms of cost and efficiency ” but there still remains no major technological barriers to their implementation.

In the past two years, six major CCS projects in the UK have been shelved. There’s a similar picture of a collapse in support for CCS in other parts of the world. Meanwhile, all the potential for carbon emission reductions from the use of CCS ” in the power generation and carbon intensive industries like steel and cement in particular ” are being lost due to a lack of action.

The problems are rooted in the basic and limited figures used to understand performance. And these can be misleading. In recent years there has been significant progress in reducing the energy intensity of CCS. But the standard calculations being referred to still show anà‚ efficiency penalty of at least 7 per cent points compared with conventional power plants without CCS,à‚ increasing the cost of electricity by at least 60 per cent. While CCS processes are designed to remove 90 per cent of CO2 from the flue gas, the use of established CCS approaches on fossil-fuel-fired power plants will reduce their CO2 emissions by only 60-80 per cent over the lifetime of the process due to the falls in efficiency caused by implementation of CCS. It’s a negative spiral. To achieve the same level of power output with CCS, larger plants are needed, more fuel, more emissions.

Unfair comparisons are then being made with renewable power generation, when the actual whole-life cost of moving to renewables isn’t being taken into account. Importantly, in the decarbonisation scenarios put together by the Global CCS Institute suggest that if CCS is not implemented, the cost of achieving the emission reduction targets would increase by up to 140 per cent, due to considerably higher costs of alternative clean energy technologies such as geothermal power plants and offshore wind farms.

To achieve the same levels of carbon reduction, the additional costs of investment to achieve the needed high penetration levels of renewable energy sources might reach at least à‚£3.5bn by 2050.

This is due to the staggering costs for the integration of renewables that can account for more than 50 per cent of the generation cost. It’s worrying, then, that the total global investment in research and development of CCS technologies was only à‚£15bn between 2006 and 2015 ” a figure which is two orders of magnitude lower than the total investment in development of other renewable energy sources, mostly renewables, in that period.

It is a common misconception that CCS and renewables are competing technologies, whereas both are being deployed to achieve the same goal ” reduce the anthropogenic CO2 emissions in a fight to mitigate climate change. Therefore, we need to develop hybrid technologies that will exploit synergy between renewable energy sources and low-carbon fossil fuel power generation that leads to both reduced curtailment of renewable energy sources and reduced economic penalties of CCS.

As some CCS technologies have an inherent energy storage capability, these can reduce the need for fought-for lithium resources, which are not sufficient for deployment of the battery storage at a scale, and subjugate the intermittence of the renewables, increasing their penetration in the energy portfolio.

We are in a critical transition phase between ‘black’ and ‘green’ technologies. To get to the low-carbon world we all need to be part of, there has to be realism about the practicalities involved. What’s needed is more sophisticated assessments of feasibility in order for more clear-sighted decisions to be made on CCS, and its role in decarbonising economies in the transition to 100 per cent renewable energy generation.

It’s a fantasy that the UK, as well as many other nations, can avoid carbon emissions in the near term. While decommissioning coal-fired power stations has made an instant impact on CO2 figures, other future emissions reductions will be much more difficult to achieve without CCS. Renewables are the future, but we need to find practical, sustainable ways to get there first.

CCS technologies are becoming more sophisticated, with enhanced forms of calcium looping in particular having the potential to reduce the efficiency penalties.

Calcium looping is a process where carbon dioxide can be separated from other gases ” and so captured and stored away ” through reversible reaction with metal oxides, such as lime, to form metal carbonates.

Work at Cranfield has identified opportunities for using new methods that improve a less effective aspect of calcium looping, the need for both high-purity oxygen production to support regeneration of the sorbent at high temperature and for efficient heat utilisation, by using indirectly heated reactors and an advanced supercritical CO2  power cycle.

Yet the data supporting the commercial viability of calcium looping at an industrial scale is still not sufficient to drive further development and adoption. So other high-potential CCS methods, like new forms of calcium looping, have become overlooked and more time is lost.

Our work at Cranfield has looked at developing an evidence base for governments and industry that will support commercial deployment of CCS. We have developed new concepts for power generation systems based on calcium looping combustion process and evaluated their economic performance using commercial tools.

We believe this will not only provide more accurate and reliable data, but will also directly speak to decision makers and will support further investment in CCS. In contrast to levelized cost of electricity, which is commonly used in the CCS community, we have employed the net present value approach that, in addition to the investment costs, also takes into account the scale factor of equipment, taxes, interest and depreciation, so cash flows during construction and operation years of the power generation system.

Moreover, we have derived correlations for the capital costs for each piece of equipment allows for a bottom-up cost estimation that is closer to the industrial practice.

To identify the benefits of new power generation concepts based on calcium looping combustion process, we have compared their key performance indicators, such as the break-even electricity price and the efficiency penalty, with a conventional coal-fired power plant without CCS and more mature CCS technologies.

Our analysis confirmed that a more mature CCS technology, the established approach of amine scrubbing results in an efficiency penalty of 9.4 per cent  points when retrofitted to a coal-fired power plant; the penalty in terms of electricity price is €36.80 per MWh, assuming there is no carbon tax.

Comparatively, the new calcium looping combustion process with advanced supercritical CO2 power cycle shows no efficiency penalty with an electricity price penalty of around 11.5 €/MWh. Importantly, we estimated that the lowest cost of CO2 avoided, which corresponds to the minimum market value of carbon tax at which there will be no electricity price penalty associated with CCS, for the new calcium looping combustion process will be 16.3 € per tonne of CO2.

As this is below the current market values of carbon tax of 18″25 €/tCO2, our analysis confirms there are economic incentives for the government and industry to implement CCS at a larger scale.

This is in addition to the environmental benefits. While a coal-fired station pours out more than 796 kg of CO2 for every MWh, this is reduced dramatically to around 91.5 kg/MWh, allowing the energy industry and other sectors to work more effectively to hitting carbon emission reduction targets.

Overall, our work at Cranfield has shown how some of the emerging CCS technologies can reduce carbon capture costs compared with more traditional methods by more than 25 per cent ” transforming the picture in terms of the economic viability of using CCS.