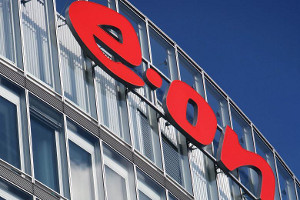 In its earnings statement for the first quarter of 2014, announced today, German utility E.ON has reported a drop in net income to €1.2 billion, down 12 per cent from last year.

As well as depressed energy demand due to a mild winter, German utilities are struggling with growing competition from the renewable energy sector, a factor that E.ON’s CEO Johannes Teyssen said has created a “difficult business environment” which the firm will address with “decisive countermeasures”.

These measures include temporarily or permanently shutting down assets – largely gas-fired plants – that are unprofitable in the current environment of low wholesale power prices. So far E.ON has shut down or is planning to shut down power plant assets totalling 13 GW, or more than a quarter of its European conventional power generation fleet.

In a speech to shareholders, Teyssen called it “surprising” that conventional power plants are viewed as reserve capacity for a low-carbon economy, without “appropriate compensation” being offered for them. He used the opportunity to call for a capacity market scheme which would support the owners of conventional power generation assets in future – and hopefully sooner.

Such a scheme has been mooted in Germany and the government says it will be part of discussions on power market reform in early autumn.

“I’m confident that the German federal government will soon set a course that will enable conventional power plants to provide a continuous, reliable backup for the intermittent output of renewables and ensure that our economy and population have a reliable supply of electricity 24/7,” Teyssen said.