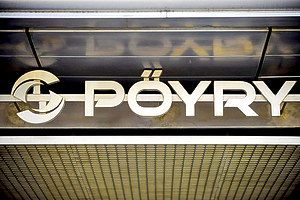 Pöyry has been awarded the contracts, which include complete contractor’s engineering services for the projects, including process and plant engineering, plant layout design, civil and structural design, mechanical and piping design, control and instrumentation design, electrical design, and procurement and tendering services.

The Notice to Proceed (NTP) for the first project was issued on 6 February 2015 and the NTPs for the remaining projects will be issued in regular intervals between now and April 2017.

The overall schedule for all twelve projects is 53 months. The Commercial Operation Date for the first project is scheduled for May 2017 and all the projects are scheduled to have been completed by July 2019.

These cogeneration plants are being implemented under Thailand’s Small Power Producer (SPP) scheme, whereby 90 MW of each plant are sold to the Electricity Generating Authority of Thailand (EGAT) and electricity and steam to industrial users in each locality.

The value of the orders is not disclosed.