The European Commission today said it has approved France’s plan to provide state aid for a gas-fired power project in Brittany.

Approval for the project in the commune of Landivisiau was granted conditionally, however.

The 400 MW combined-cycle plant is being built by Compagnie Electrique de Bretagne (CEB), a consortium consisting of utility Direct Energie and Siemens. CEB won the project tender in 2012, receiving a guaranteed power price of €94 ($103)/MWh per year for 20 years.

The Commission said the subsidy did not breach European state aid rules and that construction of the plant is necessary to avoid power outages in the region. As a flexible plant that can be ramped up and down at short notice, the Landivisiau project will help balance the regional grid, which is vulnerable to voltage control issues due to its distance from existing power plants.

However, in order to avoid harming competition, the Commission attached a condition to its approval. It said CEB must not offer long-term contracts for its power to any company that claims more than a 40 per cent share of France’s electricity market.

In November 2016 a Commission investigation into capacity mechanisms in 11 European member states, including France, concluded that tenders for new capacity “may be an appropriate one-off measure to encourage investment in a specific location”, especially where there are needs such as grid stability “which may not be achieved through market-based investment or market-wide interventions”. 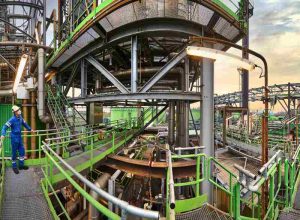