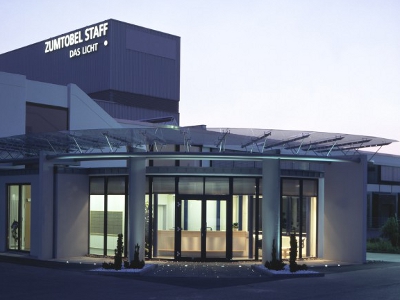 A German lighting manufacturer has invested in an extension to its premises, with cogeneration at its fulcrum.

Zumtobel has already invested $658,000 in its Usingen production site. With a further investment sum of $922,000 a covered area has been converted into a production hall.

FriedlNews reports that a key element of the energy efficiency upgrade is a combined heating and power (CHP) plant which as well as producing heat and electricity in a single process utilises natural gas with an overall efficiency rate of 91 per cent.

These include the changeover from oil to natural gas, requirements-based control of the heat supply, conversion of the heating system in the halls of the facility and replacement of the measuring, regulating and control technology. A green building monitor displays the amount of energy being consumed and generated on a continuous basis.

Annual energy savings of circa 25 per cent and a reduction in CO2 emissions of 450 tonnes per annum have been achieved with the new energy concept that was jointly developed with Siemens AG for Zumtobel’s Usingen plant.

“We began with the new energy concept in March 2012. On the basis of the data collected over the past year, we now intend to apply for the European Union’s Green Building Certificate,” explains Operations Director Ralph Maier.