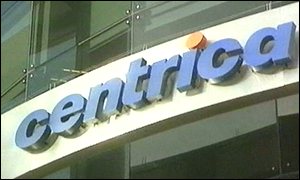 Centrica chief executive Sam Laidlaw says his company will not now bid to invest in new UK gas-fired power fleet as a result of the regulator’s announcement this week that it would call for an inquiry into the country’s energy market.

The prospect of a break-up of the UK’s ‘Big six’ energy companies as a result of a probe is seen as introducing too much uncertainty that doesn’t facilitate investment decisions.

Centrica (LSE:à‚ CNA) said it had planned to take part in a government-led auction for new gas-fired capacity, which is due to take place this year, but now would not do so.

“You wouldn’t invest in new power generation if there was a possibility that you might have to divest as a result of a competition referral,” said Sam Laidlaw, Centrica’s chief executive, in an interview posted on the company’s website.

The regulator, Ofgem, referred the sector to the Competition and Markets Authority, saying fuel price rises had intensified public distrust of the big six energy suppliers, and a full investigation was needed “to clear the air”.

Ofgem said the authority would decide whether vertical integration was in the best interests of customers ” potentially opening the way for a break-up of Britain’s big energy groups.

The fear of such a radical outcome could, however, act as a brake on investment at a time when the UK power sector, facing a potential mid-decade energy gap, desperately needs more generating capacity.

Despite misgivings about the impact on investment energy companies are welcoming the opportunity to put the record straight on energy costs. The big six have long been accused of earning excessive profits, but they point out that rising wholesale energy costs, network charges and government environmental levies are the real issues.

“It’s time that the realities of the energy market were made public,” Paul Massara, chief executive of RWE Npower told the FT. “Britain has the third-cheapest gas prices in Europe and the seventh-cheapest electricity prices.”

Retail profits at the big six quadrupled between 2009 and 2012 but an assessment on the market found no evidence of collusion between suppliers. Ofgem did however point to “possible tacit co-ordination” in the timing and size of price announcements, which “reduces competition and worsens outcomes for consumers”.