The chief executive of energy firm Centrica says the UK government ought to desist from building offshore wind farms and save £96bn in the process.

CEO Sam Laidlaw says his alternative energy plans were three times cheaper than the government’s.
A report his company compiled, which points the finger of blame at the government for backing expensive green technologies, offers a “more affordable pathway to a lower-carbon future”, Laidlaw said.

It advocates building no more offshore wind farms, which it calls “an expensive option that may not be needed”, stopping solar panel deployment “since it generates no output at times of peak demand”, and restricting use of expensive solid wall insulation for homes.

Instead it backs gas, nuclear and carbon capture and storage (CCS) plants. It claims the plan would save consumers £100 per year by 2030, compared with the Government’s strategy, while still hitting 2050 carbon targets.

But the manifesto would involve Britain failing to meet its legally-binding EU target for renewable energy generation by 2020, and would also involve weakening green targets for the late 2020s.

One Whitehall source dismissed the report, saying: “Centrica ignores legally binding targets that are not going to go away.”

“Offshore is the fastest growing power sector in Europe and there is 4.9 GW of capacity under construction this year. All this points to an active market for offshore wind projects and a strong pipeline of new deals.  The UK is an offshore giant in terms of the number of turbines installed and we are seeing that reflected as companies in Europe invest in the UK’s offshore sector, boosting the economy and creating jobs, ”  Mr Joy said, adding that, “Offshore is a creative force in the UK, not a detrimental one.”

Also RenewableUK’s Deputy Chief Executive Maf Smith told Power Engineering International that offhsore wind should rightly be regarded as a fantastic opportunity, rather than in the terms spoken about by Mr Laidlaw.

“There is a lot of change happening in the energy market right now and it’s clear that our major energy companies are thinking carefully about their future plans. The Big Six have all seen offshore wind as an important part of their portfolio, which reflects its mature status and its role in keeping the lights on today,” said Ms Smith.

“The right solution is to maintain the UK’s competitive advantage in offshore wind while bringing its costs down, and look to get CCS to the point it can compete, not to wait and risk energy security.”

Peter Atherton of Liberum Capital told newspaper the Daily Telegraph that Centrica had entered the debate on policy “at least five years late”, having previously supported policies such as offshore wind “as that suited their short-term profit outlook”. 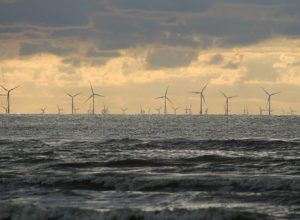