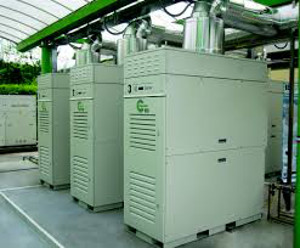 Capstone microturbine combined heat and power (CHP) systems are being installed at three US locations in a swathe of deals announced by the company.

And Harbec Inc is also installing eight natural gas-fired C65-ICHPs and control systems. A Thermax ED-10C absorption chiller is integrated into the system to supply cooling in addition to the heating and power of the system. This project was funded, in part, with NYSERDA incentives.