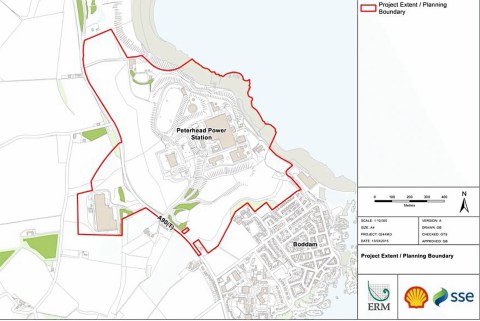 The Goldeneye reservoir in the North Sea has been independently verified as suitable for the safe storage of carbon dioxide from an Aberdeenshire power station in Scotland.

The project, which is led by Shell with strategic support from SSE, proposes to capture carbon dioxide (CO2) from an existing gas-fired power-station at Peterhead in Aberdeenshire and to store this 100 km (62 miles) offshore in geological strata at a depth of around 2600 metres beneath the outer Moray Firth.

Storage will utilise the depleted Goldeneye gas condensate field with the Captain Sandstone reservoir as the primary storage container.

The review took place over a period of several months in the first part of 2014, and followed an iterative process of document review, response and discussion between the review team and geoscientists and engineers from Shell.