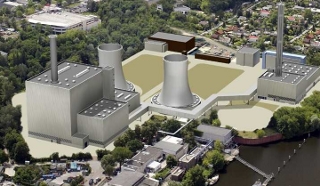 The 445MW Gemeinschaftskraftwerk Bremen gas-fired power plant in North Germany is to enter its testing phase in the coming weeks.

The facility, jointly owned by German utilities SWB, Deutsche Bahn Energie, TOBI and Mainova, Gemeinschaftskraftwerk Bremen is expected to be fully operational by the end of June.

Despite the plant, which has a 58.29 per cent efficiency rating, being delayed past its Q1 start date, a spokesman for the project said it is generally progressing as planned.

“We are now trying to start the testing phase after Easter and if that is positive, we will try to start commercial operations at the end of June,” he said.

Several large gas-fired power plant projects are on hold in Germany due to low wholesale power prices, which are being pressured by increasing, subsidised renewable energy generation and stagnating power demand.

Hopes that the government could introduce a capacity market to support conventional power generation for the sake of supply security have largely faded after the ministry of economics recently proposed a modified energy-only market as Germany’s new electricity market design.

“We are in a different situation because part of our production will be delivered to [the German railway company] Deutsche Bahn under a fixed contract,” said the spokesman about the profitability prospects of the plant. He declined to say how big part a part of the plant’s production will be sold on the market.