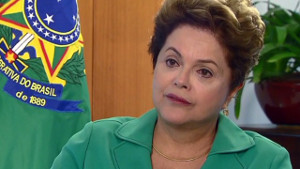 Over the next three years, Brazil is set to invest about $53bn in infrastructure to expand its power supply and reduce energy costs, which have risen in recent years.

The planned works will expand the  nation’s power generation capacity from 25 GW to 31.5 GW, according to the official announcement.

The Minister of Mines and Energy, Eduardo Braga, has announced the upcoming construction of two hydroelectric power plants on the Tapajós River, which is adjacent to the mighty Amazon.

The two projects will add to the Belo Monte dam, which is scheduled to come online shortly and, once operational, will be the world’s third-largest power plant. However, there has been great controversy over its ecological impact, and among the native Indian populations.

Brazil also hopes to build 37,600 km of new transmission lines and to continue with its investments in wind energy, the main tool for the country to gradually change its energy matrix and expand its commitment to renewable power. Over the past 15 years, Brazil’s renewable energy capacity has grown by 67 per cent, reaching 134 GW.

The Brazilian Association of Wind Energy (ABEEólica) announced last year that investment in wind power projects in the country will hit $14.78 billion by 2018. It is expected that, by that date, Brazil will have produced over 7.2 GW through this energy source.

In 2014, investment in wind farms exceeded $7,600 billion, according to estimates. There are currently 202 operational wind farms  in the country, and 378 others under construction.

ABEEólica’s forecasts indicate that more than 280,000 people will be working in the sector in 2020.

However, analysts have noted that Brazil’s power generation capacity remains insufficient for the level of development achieved by the South American powerhouse in the last ten years. Given this, officials have said that the construction of power plants and transmission lines is an urgent project.

There have also been local initiatives to advance the country’s power capacity.

Energy Secretary Joao Carlos Meirelleshe has said that the government of the state of Sao Paulo is studying the feasibility of an energy auction in which solar, biomass and gas-fired thermal projects would be included. The local government could participate as a buyer, a broker or a temporary investor, and would do so through its utility Companhia Energetica de Sao Paulo (Cesp), which could have any number of shares in the projects in order to facilitate the process.

Sao Paulo’s current energy consumption has been estimated at 300 MW.

In nearly a decade, the National Bank of Economic and Social Development has funded more than 290 wind power projects throughout Brazil, with a total installed capacity of 7.5 GW. Official estimates expect that, in 2023, wind energy will account for 11.4 per cent of electricity production in Brazil.

President Dilma Rousseff (pictured) has said that despite the lack of rain, water rationing has not been necessary, but acknowledged that Brazilians have been affected financially. The impact on Brazilian pockets has been due to rising energy prices in light of the lack of water.

Rousseff said: “It is true , no doubt , that the electricity bill has increased, but it has increased because we had to use thermal power plants, and therefore had to pay more. “

The price of energy has increased by almost 48 per cent so far this year, according to the Brazilian Institute of Geography and Statistics.

However , Rousseff has said that the return to normality in the dams will allow for a drop of between 15 and 20 per cent.