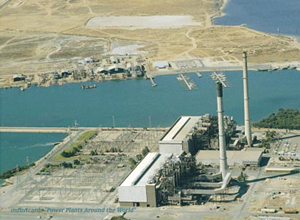 Half of South Australia’s largest power station is to be mothballed due to rising gas prices and an influx of renewable energy in the region, the plant’s operator has announced.

The units, which are together known as A-station, came online in the 1960s. The plant as a whole is the largest single gas user in Australia.

“Based on the current market outlook, AGL has decided that the Torrens Island A-station will be mothballed in 2017,” company group general manager Anthony Fowler was quoted as saying by Australian news outlet ABC.

The firm cited South Australia’s growing reliance on renewables, reducing demand for conventional power production. But Fowler added that the closures “will be reviewed if market conditions change materially”.

A number of European utilities have mothballed gas-fired power plants this year as renewables continued to undermine their market share.