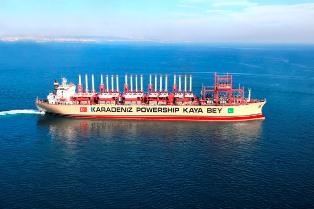 Alstom has signed a contract to supply power transformers for what will be the world’s largest floating power plant, the company announced this week.

The 486 MW gas-fired Powership Osman Khan, planned for completion in early 2016, will be built by Turkey‘s Karadeniz Energy Group.

Under the terms of the contract, Alstom will design, manufacture and deliver 200 MVA power transformers, as well as providing commissioning, field tests and spare parts. The transformers will be produced at Alstom Grid’s manufacturing facility in Gebze, Turkey, which the firm says is one of the world’s most modern power transformer factories. à‚

The Karadeniz Energy Group’s fleet of floating energy ships, established in 2010, currently totals nine ships with 1500 MW of power capacity. The plants range from 104 to 486 MW and can run on gas or liquid fuels. They are able to be grid-connected immediately on docking, the company says.

The firm plans to expand its floating power plant offering to over 5 GW by end 2017.