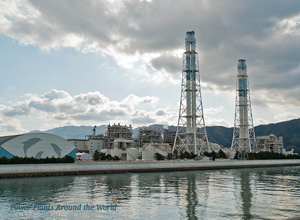 Worry is reportedly growing among Japan’s utilities that aging thermal power plants could break down during the summer months of peak electricity demand.

To make up for the shutdown of the nation’s 50 nuclear reactors following 2011’s Fukushima disaster, thermal power plants will need to run constantly and at full capacity during high-demand periods.

In order to head off any problems, utility customers nationwide could be asked to rein in their power use starting in July, with the government reportedly considering setting targets if the supply-demand balance tips too far.

Nine of Japan’s 10 regional utilities reported a total of 169 thermal plant shutdowns in 2013, a 70 per cent increase on pre-Fukushima numbers from 2010. Most of the shutdowns were due to glitches, according to the utilities.

In 2010, nine of the 10 utilities together reported 36 active thermal units that were 40+ years old. In 2013, after some mothballed thermal plants were reactivated to compensate for the nuclear shutdown, the number of aging units reported was 67, representing around 26 per cent of Japan’s total thermal fleet.

In 2013 the government issued a white paper warning that there is a rising risk of thermal plant shutdowns the longer the plants are active.

In May of this year the government asked utilities to test their thermal plants’ functionality and look for problems. Although the utilities performed the checks, this month a problem leading to diminished output was reported at Kansai Electric’s oil-fired Kainan plant (pictured), which is 40 years old.