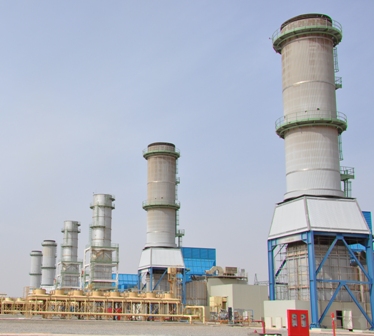 State-owned Abu Dhabi National Energy Co (TAQA) has ended talks aimed at acquiring a 50 per cent stake in an Iraqi power plant in the Kurdistan region, the Reuters news service has reported.

Talks regarding TAQA’s acquisition of the 1000 MW gas-fired Sulaymaniyah plant (pictured) have been underway since 2012.

A company spokesman told Reuters: “We have rebalanced our growth agenda and this acquisition no longer fits our strategy. The withdrawal is expected to improve free cash flow, reduce debt leverage over time and deliver a stronger sustainable financial performance.”

The company has also pulled out of acquisition plans in India.

Earlier this month TAQA temporarily suspended operations at the Atrush oil production block in Kurdistan due to growing instability in the region, although it said it remained committed to developing its operations there.