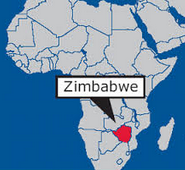 The gas-fired power plant is intended to produce 400 MW in the southwest of the country, a company official said on Wednesday.

Sinosteel is the majority shareholder in chrome producer Zimasco, which in turn owns 90 per cent of Shangani Energy Exploration, the company that would produce methane gas and construct the power plant.

The first phase of the project would see $50M being spent on drilling 38 wells and the construction of a 12 MW power station that would test the “commercial extractability of all wells”.

That would then assist design of what is required for a bigger power station. That would require an estimated 1,000 wells.

If it gets the go ahead, the total project should take up to five years and if complete, Zimbabwe’s first coalbed methane gas plant would help ease the country’s electricity shortages.

The southern African country produces about 1,200 MW of electricity against a peak demand of 2,200 MW, which has led to frequent power cuts in the country.

In January, China lend Zimbabwe $319 million to pay for the expansion of its Kariba power station by 300 MW.