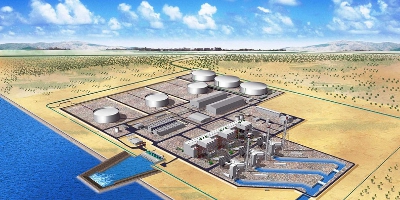 The Shuqaiq plant, which will be fitted with sulphur removing technology, will be located on the Red Sea, 135 kilometres north of the south western Saudi city of Jizan and 580 kilometres south of Jeddah.

Under the deal signed on Sunday with Saudi Electricity Co, Hyundai will complete the massive facility with a production capacity of 2640 MW by 2017, the company said in a statement.

The South Korean contractor will build the steam plant on a turnkey basis, which will include engineering, procurement and construction (EPC), testing and commissioning, according to MEED.

HHI saw off competition from the second-lowest bidder, the South Korean joint venture of Doosan and GS Engineering & Construction and South Korea’s Samsung C&T, which had submitted the third-lowest price.