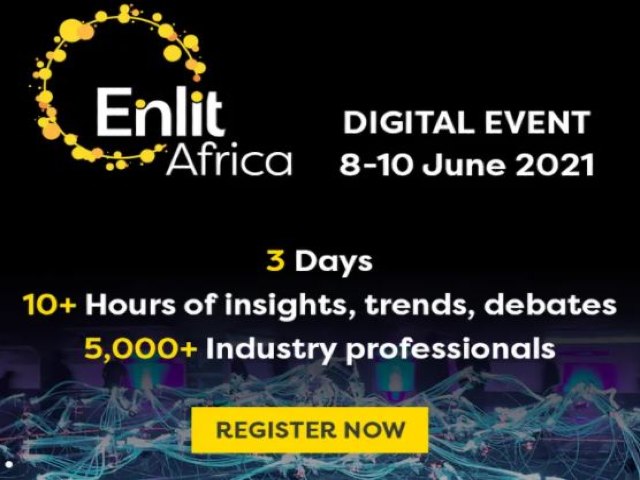 Can Africa carve out a role for itself in the burgeoning hydrogen market? How do cities climate proof their energy sectors and water systems? Where will the funding come from for the 5Ds of the energy transition?

These are just some of the pertinent questions and topics up for discussion during the upcoming Enlit Africa, taking place from 8 to 10 June, featuring live sessions with the sector’s leading minds. The online platform will be opened with a welcome address by South Africa’s mineral and energy resources minister, Gwede Mantashe.

Hydrogen
“Countries such as South Africa and Kenya already have the infrastructure in place which can be leveraged to take advantage of green hydrogen both for production and export,” says Hendrik Malan, partner and Africa CEO at Frost & Sullivan Africa and moderator of the upcoming session on: The role of Africa in the global hydrogen-generation market.

“Hydrogen, specifically green and blue,” he explains, “has the potential to considerably accelerate sub-Saharan Africa’s electrification rate. Furthermore, through export of this green resources, local economies can be strengthened, driving job creation, and establishing countries as key suppliers ahead of the rest of the world.”

According to Malan, while hydrogen is still in the R&D and early implementation phase, governments already need to put the respective legislation and regulations in place to enable fast implementation.

Climate change
Climate change and its effect on the future of the energy sector is a critical theme that forms a thread throughout the Enlit Africa programme. From the opening session’s panel that will focus on the 5Ds of the energy transition – namely decarbonisation, decentralisation, democratisation, digitalisation and deregulation – to how African governments are currently devising their own climate change policies.

“We all know that the global community has decided to cap global warming at 1.5 degrees. The consequences of an overshoot are too catastrophic to contemplate and so we need to invest more in adaptation strategies,” says Dr Roland Nkwain Ngam, programme manager for climate justice and socio-ecological transformation at the Rosa Luxemburg Foundation.

Ngam, who is speaking in the Climate finance – adaptation and mitigation session, adds: “Coal power is killing us and we need to force polluters to pay their fair share for adaptation activities.”

More exciting speakers and moderators on the programme include:

–   The business case for a circular economy

–   How solar PV is changing the commercial and industrial energy landscape

All content will also be available on demand following the live broadcasts.

Same inspiration, different look
Enlit Africa, taking place from 8 to 10 June, is the new brand for the Cape-town based African Utility Week and POWERGEN Africa conference and exhibition, which for more than 20 years has been the flagship power and energy show for the continent’s energy sector. The event had two very successful, interactive digital editions last year and rebranded in November 2020.

Industry support
Eskom, the Department of Mineral Resources and Energy and the City of Cape Town have been official hosting partners of the event for many years and 2021 is no different.

Global and local top technology and services suppliers to the industry, including Siemens, IFS, SAS, G3-PLC, GE, Toshiba and Conlog are returning as sponsors at Enlit Africa. Other industry supporters are Prime Alliance, WESGRO, City of Cape Town, and Ntiyiso Consulting and many more.

ESI Africa, the continent’s leading news provider for power and energy news, is the official host publication while the Enel Foundation is back as the knowledge partner.