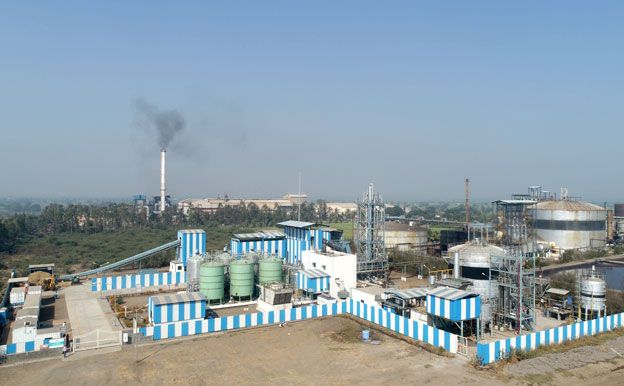 Valmet has been selected to deliver a biomass pre-treatment system to PRAJ Industries for their second-generation bio refinery project currently being developed in India.

The order was received in the third quarter 2019 and delivery is planned for 2020.

PRAJ is progressing on the execution of the first batch of four second-generation integrated bio refinery projects in India, contracted by major oil marketing companies.

The integrated bio-refinery was a first for India and is built on the company’s proprietary platform technology ‘enfinity’. The second generation demo plant can produce one MLPA of superior ethanol by processing a variety of agri- residue like rice and wheat straw, cotton stalk, cane trash, corn cobs and stover etc. With continual research and development, further pipelines of other renewable fuels and chemicals is underway to be produced from this technology platform.

“We are very proud to play an important role in the transition away from fossil fuel, that is happening also in India. For many years, Valmet has focused on developing technologies for the emerging biotechnologies. We look forward to continue the excellent collaboration with PRAJ and we believe the second-generation ethanol demand will increase in Asia and worldwide,” says Tomas Jonsson, sales manager, biomass conversion technology unit, pulp and energy, Valmet.