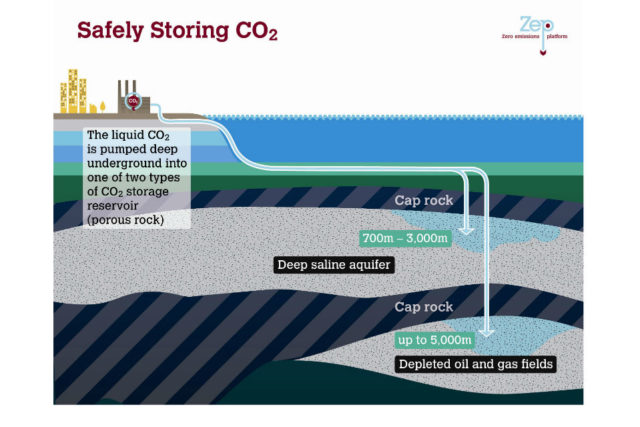 A study has been launched in the UK to look into a new method for carbon capture and storage (CCS).

The 12-month techno-economic feasibility study will be undertaken by an academic-industrial consortium led by startup firm PMW Technology, which was set up to develop the patented A3C carbon capture process.

The study will be based at the University of Chester’s Thornton Science Park in Cheshire, and will include the Universities of Chester and Sheffield as well as industrial partners WSP, DNV GL and Costain. Funding will be provided by the UK’s innovation agency InnovateUK.

According to the UK CCs Research Centre (UKCCSRC), the A3C technology is “a novel physical separation process with an initial application in carbon capture”.

The process, which operates at low temperatures, “enables CO2 to be separated more simply and economically than competing technologies,” the centre added. “The process can be scaled readily for challenging applications including carbon reduction from industrial and transport emissions”, in which sectors it could offer “major opportunities”.

In a press statement, PMW Technology said the costs associated with conventional carbon capture processes arise from their use of chemical solvents to wash CO2 from the gas stream, with the CO2 then recovered by heating the solvent in a separate vessel. The captured CO2 is then either reused as a chemical feedstock or piped offshore and pumped into a geological storage structure, such as a depleted oil reservoir.

“Our study aims to demonstrate that this simple concept offers lower energy consumption and reduced decarbonization costs in industrial-scale applications,” she added.