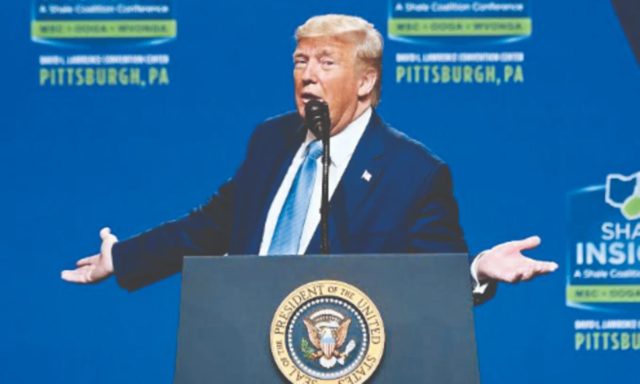 The US president announced the departure of the US from the Paris Agreement whilst addressing an energy conference in Pittsburgh. He described the agreement as “terrible”, “one-sided” and “a total disaster for our country”.

The landmark global agreement brought 195 nations together in a united defence against climate change, bolstering efforts to ensure that global temperatures do not increase by more than 2 degrees Celsius above pre-Industrial Revolution levels.

The US’ withdrawal can be formalised in November, and the withdrawal from the agreement comes into full effect one year thereafter.

Trump told attendees: “The Paris Accord would’ve been a giant transfer of American wealth to foreign nations that are responsible for most of the world’s pollution. Our air right now and our water right now is as clean as it’s been in decades.

“The Paris Accord would’ve been shutting down American producers with excessive regulatory restrictions like you would not believe, while allowing foreign producers to pollute with impunity. They were allowed to do what they were doing.”

He claimed the US has “among the very cleanest air and drinking water on Earth” and that the US is at “a very, very good point environmentally right now”.

Trump added the government will open federal lands and offshore areas for further “responsible” fossil fuel production and exploration for oil and gas in the country.

“What we won’t do is punish the American people while enriching foreign pollution.” Trump said. “My job is to represent the people of Pittsburgh, not the people of Paris.”