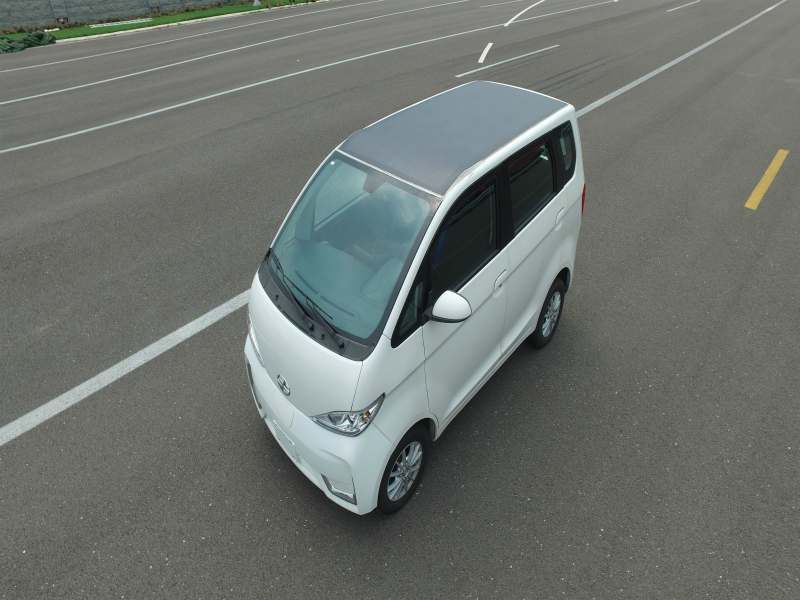 Hanergy Mobile Energy Holding Group has announced that its subsidiary, Hanergy Glory Solar Technology, has concluded a one-month test drive of the world’s first commercial solar power vehicle solution, which can run without pole charging for at least 30 consecutive days.

Throughout the testing period, the thin film solar panels stretched across the car roof continued to absorb sunlight, which was converted into electrical power to supply the entire vehicle.

The test was launched at the China Automotive Technology and Research Center, and revealed that when a Chinese K-Car, a fully solar-powered vehicle developed jointly by Hanergy Glory and JoyLong Automobile, hit the road, it continued to run for 20km daily, under normal sunlight for 30 days without pole-charging.

By the end of the program spanning 30 days, there was still more than 60 per cent battery power left for the car to remain on the road. What this means for the Chinese K-Car is that even during winters when the solar modules are receiving sunlight at lesser intensities, they will still be able to provide sufficient power for a vehicle.

“During the 30-day test drive, each day after a 20km testing drive, the battery still had 60 per cent-80 per cent power left, which means the car can still run a further 30km to 80km, making the solar car’s daily range reach to 50km to 100km, enough for daily commuters,” said Dr. Lu Tao, CEO of Glory Solar Technology Company.

According to Hanergy Glory, the tested solar car was built on the model of the Japanese K-Car, a category of vehicle that was created to meet basic daily transportation needs.

Dr. Lu Tao said the company will provide solar power solutions to auto makers. “The integration of solar in new car designs is accelerating. Our recent functionality test to charge the car using solar has shown exceedingly good results. We’re on a mission to integrate most efficient flexible solar panels onto new age cars to ensure zero pollution. We hope to work with automobile companies to boost the trend of integrating solar in cars to promote the concept of the sustainable world globally.”

Glory Solar Technology Company, an EV startup proposed the concept of “Plug-In Never” as a way to solve common issues faced by owners of more traditional electric vehicles that heavily rely on charging piles scattered within cities. The plan is to eliminate concern about overcurrent, overvoltage, overheating, and ground faults.

“Our thin-film solar automobile solution ease users the pain of find charging facilities, as they can charge anywhere they want, on and off driving, as long as there is light. No matter it’s direct sunshine or gloomy weathers, as low-light power generation is one of the system’s flagship features,” said Dr. Lu Tao.

Earlier in year 2017, Hanergy Glory team installed solar panel on the delivery tricycles to extend the mileage by 20km. The tricycles integrated with solar panels required no plug-in for 79 days.

By mid-2018 logistic giant DHL has also integrated solar panels on some of its delivery vehicles in UK, cutting fuels and emissions. The system, called TRAiLAR, consists of flexible thin film solar panels (just 2mm thick) referred to as “solar mats” fitted to the roof of vehicles and connected to the primary battery or an auxiliary battery system.

Other Hanergy developments include the installation of its thin-film power system in 10 buses in Norway, as well as Hanergy Glory’s mass produced solar golf car, which has been sold to some golf courts in China.