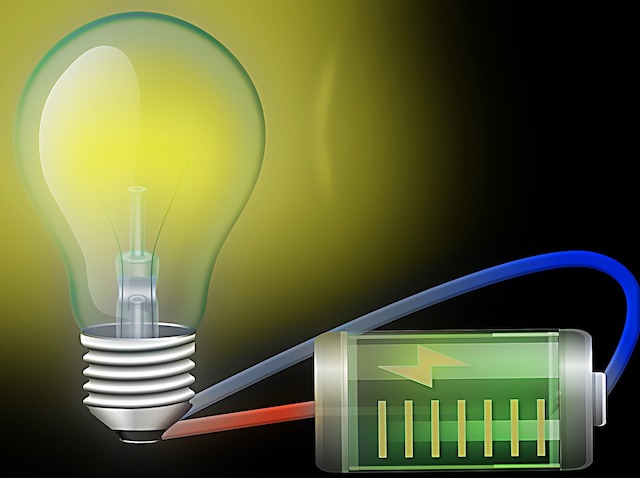 Northern Powergrid, the company responsible for the electricity distribution network that powers the North East, Yorkshire and northern Lincolnshire in the UK, has partnered with British energy storage SMEs Hyperdrive Innovation and Offgrid Energy, to run a trial which could revolutionise temporary power restoration in the country.

Up to three homes or a small community centre could be powered with just one van for 24 hours – even longer if those homes have domestic solar generation. Training was completed earlier this year and the first vehicle will be on the streets of Northern Powergrid’s operating area this month.

Hyperdrive, an innovative designer and manufacturer of lithium-ion battery systems, and Offgrid Energy, a specialist developer of hybrid generator systems, collaborated with Northern Powergrid on the project. The team developed the prototype 40kVA battery inverter generator unit. The Silent Power vans are a turnkey solution; fully contained within a single vehicle.

Diesel generators cannot be deployed to homes that export as well as consume power. Some areas also have access issues and generators cause air and sound pollution. So Silent Power was launched to find a quiet and cleaner alternative to enable Northern Powergrid to reach more customers-in-need. The electric vans’ lithium ion batteries are silent during operation.

The electricity from the Silent Power batteries aims to be more reliable than diesel generators, which can trip out – a particular problem where customers have their own domestic generation, typically rooftop solar. Northern Powergrid currently deploys more than 2,500 diesel generators annually to provide temporary power restoration during planned and unplanned power cuts each year.

More than 20 per cent of Northern Powergrid’s customer-base is on the Priority Services Register – a service provided by suppliers and network operators to customers who may need extra support in a power cut – and 12 per cent of those on the register are medically dependent on electricity.

“There is considerable opportunity for Silent Power to reduce the impact of power cuts for vulnerable people across our region, while also improving the air we all breathe and reducing noise pollution,” said Patrick Erwin, policy and markets director at Northern Powergrid. “This is just one way we are demonstrating our commitment to ensuring the energy transition works for all people across our society – not just those that can afford the latest technology.”

“Traditional diesel generators have been great at restoring power to keep vulnerable customers safer and more comfortable during a power cut. However, the noise and air-pollution means there are limits to where they can be deployed,” explained Ross McFarlane, innovation project manager for Northern Powergrid. “Alongside the direct customer benefit, we are very excited by the wider positive environmental impact of this trial. Many industries need temporary power supplies, if this can be shared across other sectors, we have another way to bring more renewable sources into our energy mix.”

Patrick Erwin went onto say: “Traditional generators cannot accept power input from customers’ generation, which can happen at times of low load, as they were only designed to output power. The Silent Power battery solution can. This is becoming ever more important with rooftop solar installations throughout electricity networks. It means we don’t waste green energy that otherwise would be lost.”

During the two-year trial, Northern Powergrid and its partners will assess the usability, benefits and economic viability of the battery inverter generator units. The electricity distributor, which is hoping to see a reduction in overall CO2 output when compared with current generators, plans to share the findings with its fellow electricity Distribution Network Operators (DNOs) across the UK, as they continue the transition to become increasingly active Distribution System Operators (DSO).

“The UK battery and storage industry is on the cusp of significant growth and we are now starting to identify ways in which the lives of everyday people can be enhanced with technology like ours,” commented Stephen Irish, commercial director of Hyperdrive.

Danny Jones, director of OffGrid Energy added: “The Silent Power project has been a great opportunity to take our low carbon power solutions to another level, adding a further dimension in driving out emissions from the electricity networks. Working with Northern Powergrid has been a great experience for us at Off Grid where their vision and support has enabled us to push boundaries in ways that would not have otherwise been possible.”