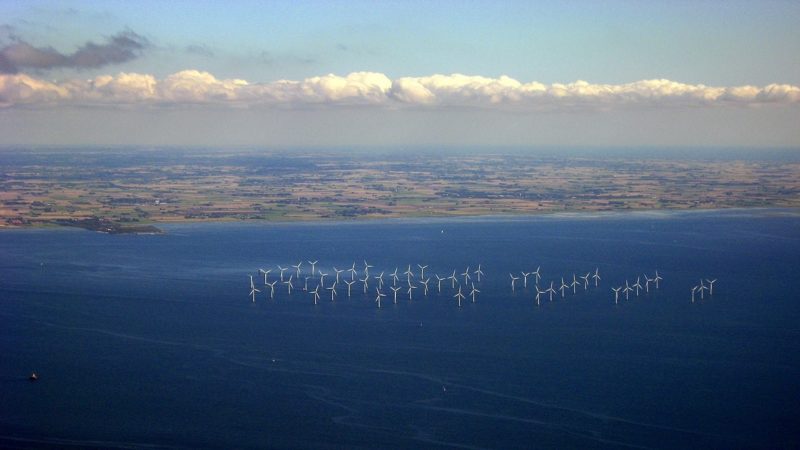 Representatives of the Polish government and wind energy industry have signed a “Letter of Intent on cooperation for development of offshore wind power in Poland”. The goal is to install an impressive 28GW of new installed capacity by 2050, making it the largest producer of offshore wind on the Baltic Sea.

Poland doesn’t yet have any offshore wind farms, but by 2030 they aim to have installed 3.8GW of offshore wind ” with 10GW of new capacity awarded contracts for difference (CfDs) by then, according to a statement from wind industry body, WindEurope.

In its National Energy and Climate Plan (NECP) Poland identified offshore wind as one of key technologies to meet its goals for renewable energy for 2030.

It is also a strategic project in the draft of Poland’s Energy Policy until 2040. It will help to diversify the Polish national power generation structure that today heavily depends on coal.

The letter is an important step towards the country’s proposed “Offshore Wind Act” which is being prepared by the Government and is expected to enter into force in 2020.

The letter was signed by Poland’s Minister of Climate Michaà…â€š Kurtyka, as well as the Minister of National Defence Mariusz Bà…â€šaszczak, Minister of Maritime Economy and Inland Navigation Marek Gràƒ³barczyk, and Plenipotentiary of the Minister of State Assets for Development of Offshore Wind Power, Zbigniew Gryglas.

The letter acknowledges the role of offshore wind in meeting the European Union’s Green Deal objectives while increasing the security of energy supply and reducing Poland’s CO2 emissions. The signatories commit to meet regularly to exchange progress and experience around the development of offshore wind. The meetings will be coordinated by the Minister of Climate.

“Today marks the birth of offshore wind in Poland. Offshore wind has shown its reliability and efficiency elsewhere in Europe. With this joint ‘Letter of Intent’ Polish government and industry send a strong sign to investors and markets ” that they want lots of offshore wind too and are putting in place a regulatory framework to support it,” says Giles Dickson, CEO WindEurope.

“We are happy to see the involvement of four ministers, demonstrating joint efforts towards these goals and the necessary synergy of actions,” says Janusz Gajowiecki, President of the Polish Wind Energy Association (PWEA). “The Baltic Sea offers some of the world’s most favourable conditions; so the planned construction of 10GW offshore is just a first step. Poland has a chance to become a leader in the Baltic Sea with a potential of up to 28GW by 2050.”