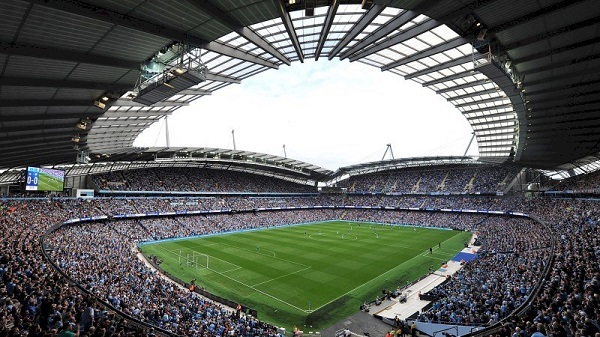 A new study has ranked sports stadiums around the world for their sustainability.

The research looked at the stadiums of the champions of top leagues across Europe and the US. Nearly all of the research focused on soccer clubs, however it also examined some baseball and basketball champions.

Each stadium in the study was awarded points on a sliding scale, those with a full suite of sustainability initiatives scoring a maximum 10 points.

And it was the Etihad Stadium, home of Manchester City football club in the UK, that went straight to the top of the table, scoring a goal for their commitment to making the world a more environmentally-friendly place.

The study was carried out by FOOTY.com, a price comparison site for football kit and equipment.

Ayshea Elliott, head of Digital at FOOTY.COM, said: “The Etihad, which topped our list, did so for its commitment to eco-incentives: for example, the use of an 8 million-litre rainwater harvesting reservoir for the pitch, as well as plans in place to power the stadium entirely with renewable energy and the vast clean-up of a largely toxic, derelict site around the campus.

“It’s great to see the stadiums doing their part to make the future a greener place too. Traditionally, sustainability isn’t the first thing you think of when you think of stadiums and football, but our research shows this is increasingly becoming a major priority, with several of the stadiums receiving strong scores.”