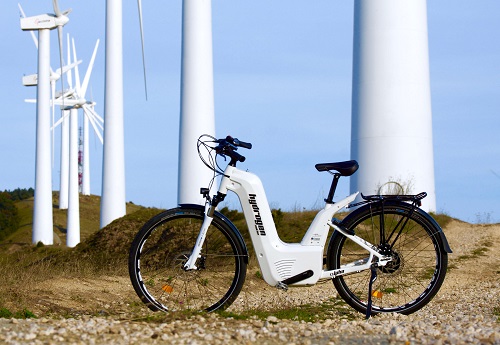 A fleet of hydrogen fuel cell bikes will be heading to the G7 World Summit to provide sustainable transport for journalists covering the event.

As part of the project, which has been funded by Engie, 200 Alpha bikes will be available to journalists throughout the 45th G7 summit in Biarritz, France, which runs from 24-26 August.

Journalists will be able to use the pedelec bikes to travel between the press centre and the city where two bike pick-up and return stations will be installed.

Pierre Forte, founder and chief executive of France-headquartered Pragma Industries, said: “Alpha fuel cell bikes offer significant advantages over electric battery bikes in terms of both range and refuelling. Whereas batteries typically take several hours to recharge, hydrogen cylinders can be refilled in under two minutes. For fleet applications, this is invaluable.

“In commercial applications, range matters. Switching to AMS cylinders has provided a 50 per cent increase in hydrogen capacity and working range to 150km – enabling Alpha to stay on the road for up to a week in average, real-world use. This reduces the time, cost and hassle associated with refuelling.”

After the G7 summit, the 200 Alpha bikes will be made available for long-term rental across the city, providing an eco-transport legacy for the region.
……….

The role of hydrogen in Europe’s energy transition will be explored in detail at European Utility Week in Paris in November. Click here for details.