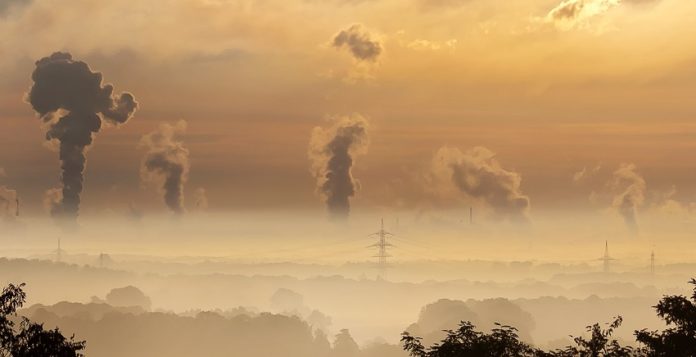 A new report examines the ‘carbon performance’ of 238 energy, industrial and transport companies ” and finds that only 43 of them have emissions trajectories in line with the Paris Agreement of limiting climate change to 2°C.

The annual State of Transition report is produced by The Transition Pathway, an initiative set up to give the investment community insight on whether the global economy is on track to fulfil the goals of the Paris Agreement.

It found that the low carbon transition “is well under way in some sectors such as electric utilities, shipping and paper, while oil and gas and airlines lag significantly behind in carbon performance”. Many now fear that this lag in adoption will be compounded by the economic effects of the coronavirus.

Faith Ward, co-chair of the Transition Pathway Initiative and also Chief Responsible Investment Officer at Brunel Pension Partnership, said it was “of deep concern that so few companies were on the right path before the coronavirus struck. Investors must use their influence to ensure that climate commitments are not discarded in the face of financial pressures.”

The report states that the 43 companies (18 per cent) that have achieved emissions trajectories in line with the 2°C target is in fact a slight improvement on the 16 per cent of last year’s report, but some still find the results alarming.

“TPI’s results show that 4 in 5 high-emitting companies remain wide of the mark in their climate performance and that will worry the markets,” said Loretta Minghella, First Church Estates Commissioner, Church Commissioners for England. “Most of the world’s largest investors have accepted climate change as a material financial risk, yet today’s results show companies are not responding with the ambition and pace required.”

She said the report’s results “raise a red flag for COP26 in November, when the aspirations set out in the Paris Agreement are due to be turned into tougher national commitments, and we can expect to see more capital flow away from those companies failing to align with a 2°C pathway”.

Professor Simon Dietz, research lead for TPI and Professor of Environmental Policy at the LSE’s Grantham Research Institute on Climate Change and the Environment, said: “Our analysis shows that, not only have relatively few companies set emissions targets aligned with the Paris Agreement goals, not all of the companies that have done so are actually on track to meet those targets. Particularly in the cement, oil and gas and steel sectors, few companies are reducing their emissions fast enough to deliver their targets.

“In some cases, companies with targets actually saw their emissions intensity go up in recent years. This shows that investors must not only look at what targets companies have set, but also at what those companies are doing on the ground and in the boardroom to deliver them.”

Climate governance
The report also assesses 332 companies on their governance of climate-related risks, on a scale of 0 (unaware) to 4 (strategic assessment). It found that 38 per cent of companies are on between levels 0 to 2, which TPI describes companies as “unprepared for the transition”.

At the other end of the scale, 62 per cent are now on levels 3 or 4, up from 54 per cent a year ago. Seven companies, including E.On, Unilever, BHP Billiton and Equinor, satisfy all 19 indicators of management quality and are classed as 4* companies.

Jonathan Bailey, Head of ESG Investing at investment management firm Neuberger Berman, said: “We are pleased to see that 79 of the 332 companies assessed by TPI have improved their management of greenhouse gas emissions and the low-carbon transition in the last twelve months. Yet despite leadership by some, the majority of companies have not yet aligned their business models with a 2°C transition scenario.”

Energy efficiency and climate reduction solutions for the commercial and industrial sector will be a key focus of Enlit Europe in Milan in October.